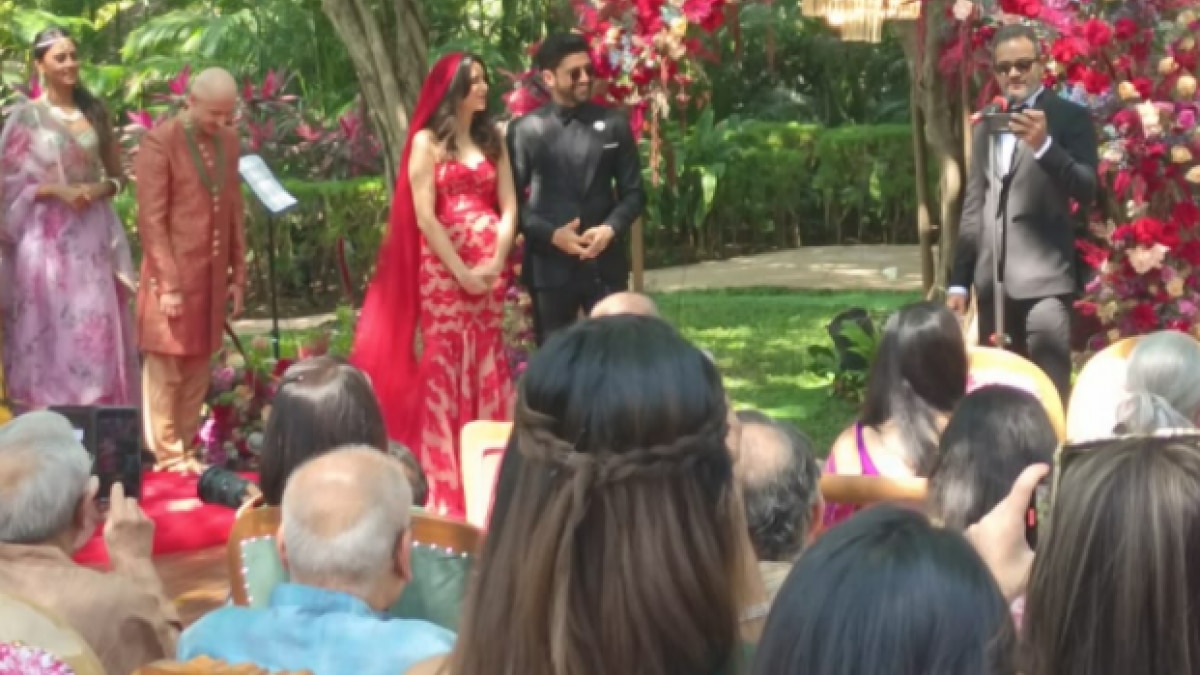 Farhan-Shibani have become each other

The first picture of the newly married couple’s wedding has been leaked. Farhan Akhtar and Shibani Dandekar became the bride and groom together as the perfect couple. There can be no other weekend treat for his fans than this. This picture of Farhan and Shibani is giving relationship goals. The happiness of both is made on seeing. It is our only prayer that his love should remain intact for the rest of his life.

Farhan looked handsome in a suit booted look, while Shibani looked stunning in a red and beige gown. Shibani completed her wedding look with a beautiful red veil. Farhan-Shibani also danced at the wedding, the video of which has surfaced.

After dating for almost 4 years, Farhan Akhtar and Shibani Dandekar got married on 19 February. The marriage of both took place at the Akhtar family’s farm house in Khandala. The couple neither did a Hindu wedding nor did a nikah. The couple decided to do something different. Shibani and Farhan decided to support each other for seven lives by performing Vow and Ring Ceremony. Isn’t it amazing!

How did the couple’s love story start?

Farhan-Shibani’s love story started in a reality show. Where Farhan was the host of the show and Shibani was the contestant. Slowly their love story progressed. Initially, the couple kept their relationship a secret. This is Farhan’s second marriage. After 16 years he had decided to divorce Adhuna Bhabani. He also has two daughters from this marriage. Farhan had moved ahead in life with Shibani long ago. Now Farhan has given a new dimension to his relationship with Shibani with marriage.