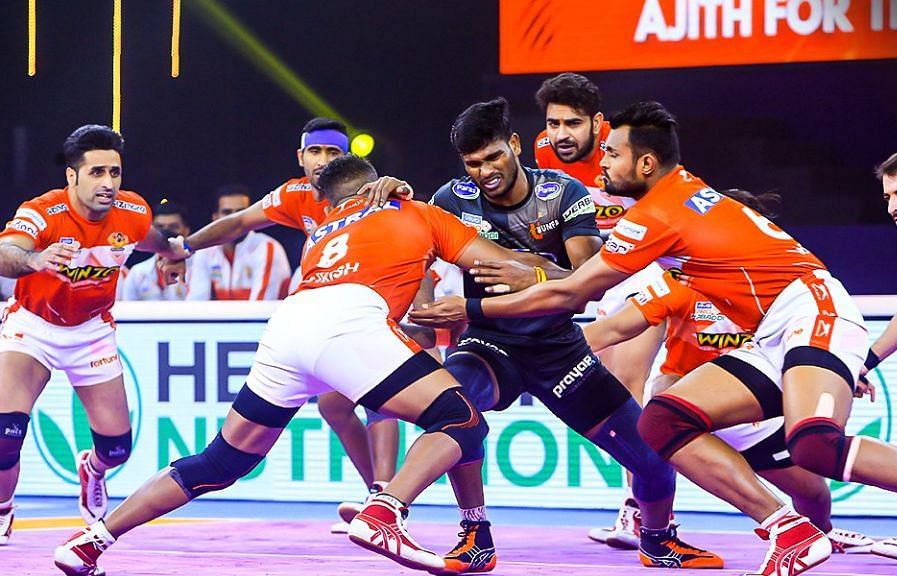 Fifth team qualified for the playoffs of PKL 8, a clash between two teams for the last place

In the 131st match of the Pro Kabaddi League (PKL 8), Gujarat Giants defeated U Mumba 36-33 to become the fifth team to reach the playoffs. With the victory of Gujarat Giants, Jaipur Pink Panthers team was out of the race for the playoffs. Haryana Steelers and Puneri Paltan will qualify for the last place in the playoffs.

At the beginning of the second half also, Gujarat Giants all-out U Mumba and made the lead largely one-sided, but after that U Mumba made a tremendous comeback and brought the match very close. U Mumba’s V.Ajit Kumar took 11 raid points while hitting Super 10, while Shivam took 8 raid points. Captain Fazal Atrachali took three tackle points in the defence. However, the team suffered a major setback as Abhishek Singh (1 raid point) flopped badly.

Patna Pirates face Haryana Steelers in the last match of PKL 8 league stage, in which Haryana will qualify for playoff if they win the match, while Puneri Paltan will go to playoff as sixth team if Haryana loses.