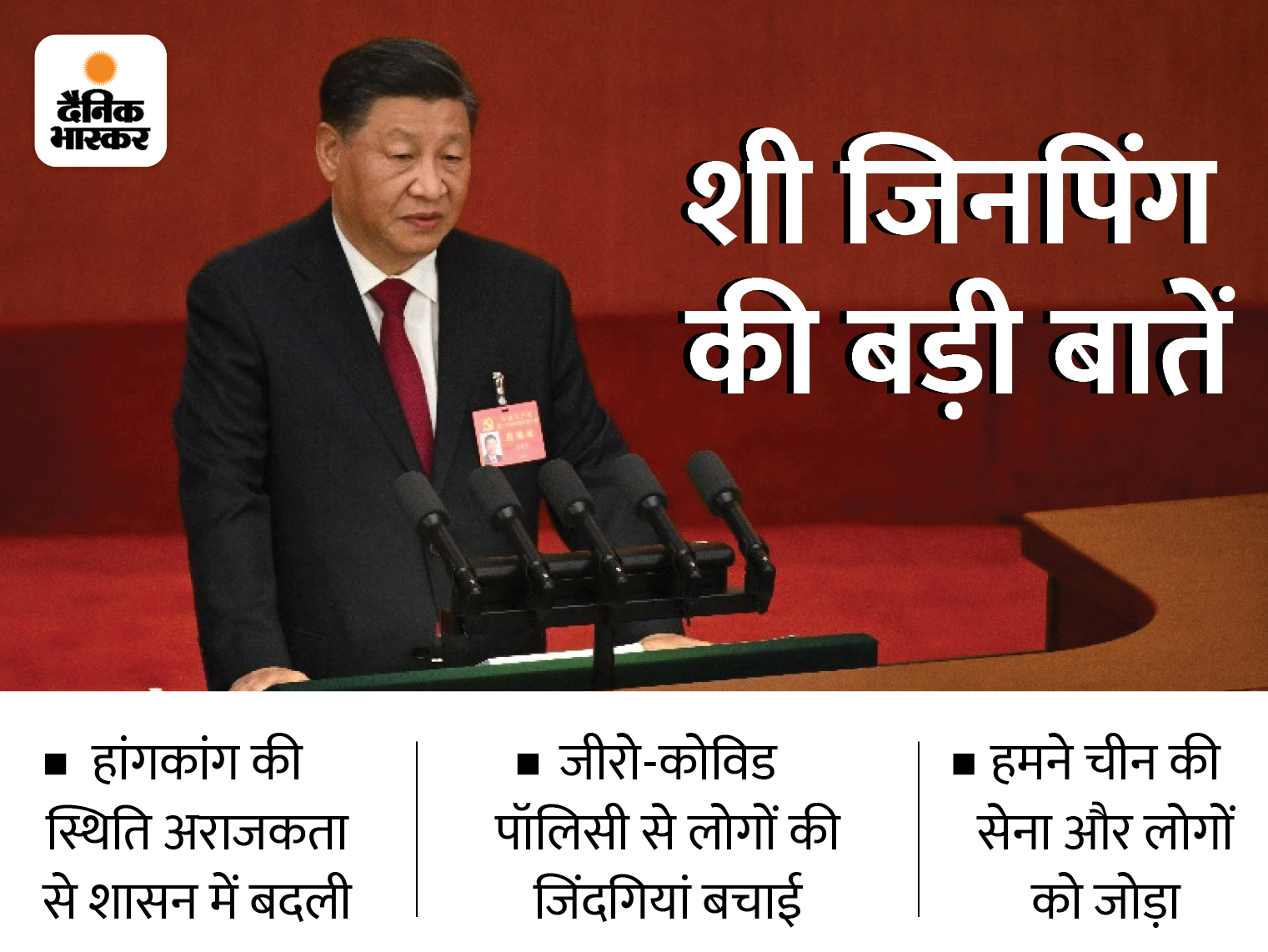 Foreign interference in Taiwan matter will not be tolerated, will not miss the use of force. China | Understanding China Communist Party Congress (CCP) Leadership Structure

The meeting of the Communist Party of China (CCP) has started. During this, President Xi Jinping said – there is interference of foreign powers in Taiwan. We will not tolerate this. So far we have given a befitting reply to the intervention.

President Xi Jinping said- Taiwan’s issue is our internal matter. We will find a solution for this. We want to resolve this honestly and peacefully, but will not stop using force. We will take all possible steps to solve it. Referring to Hong Kong, he said – the situation in Hong Kong has changed from anarchy to governance.

The Congress of the CCP, to be held once in five years, was held in the Great Hall of the People. During this 2,300 party members were present.

Jinping presented the work report
The CCP Congress began with a work report for the last five years and a policy direction for the next five years. However, there is nothing new in this. And even if it happens, the world will not know. Senior journalist Cheng Hui, who has worked for many international media houses including the ‘Washington Post’, says – Who will be there to ask questions to Jinping? Whatever the Chinese state media will tell, the same information will be available.

He said- Our government has united the army and the people. New development targets have been set. Several strategic changes have been made. National security is taken care of.

In the CCP meeting, Xi Jinping defended the zero-covid policy implemented in China.

Zero-covid policy saved lives
The havoc of Kovid has not stopped in China. Every day people struggle with lockdown and quarantine. The economy is becoming very weak due to the zero-covid policy. Rating agency Moody’s has projected the next year’s growth rate to be just 3.5%. But Jinping said – Zero-Covid policy saved people’s lives. It has saved the economy. Its results have been splendid.

The third term will be stamped
It is believed that the third term of President Xi Jinping will be stamped. The outside world sees the CCP Congress as a transfer of power or transfer of power. Usually, any president in China serves only two terms, but after amending the constitution, this condition does not apply to Jinping. If no miracle happens, it is certain that Jinping will become president for the third time. Here we find answers related to CCP through five questions.

How is Leadership Selected?

Who got selected? When will we get the information
After the meeting of the Central Committee, leaders will enter the Great Hall of Beijing according to the importance of the position. For example, after the CCP meeting in 2017, President Jinping was the first to enter the Great Hall. Later, one by one other leaders arrived.

This time CCP Congress is something different
According to CNN- Before Jinping became president, there was very little, but structural transparency was visible. Now that too is over. Since 2017 he has strengthened his grip on CCP. Party, country and army. He is handling all three together. No one can join the CCP leadership without their consent.

Not in the written constitution, but the tradition in the CCP is that no leader should be made general secretary or president after the age of 68 years. Jinping is an exception in this matter. He is 69 years old and is going to occupy all the three positions for the third time.

According to Western media, Jinping has eliminated all his opponents. It means that there is no leader to raise his voice in front of him.

Whether Jinping is the President or not, because of being the General Secretary of the party, he was called President.

Jinping holds three positions at once. Party General Secretary, President and Army Chief. Just two years ago a bill was introduced in the US Parliament. According to this, it was said that the US should not officially call Jinping the president, because constitutionally he is simply the party general secretary. Read full news…

Till date no woman has become president, only one woman in top leadership

Previous The lioness sat holding the throat of the giraffe’s child, only then the mother would retaliate like this – watch the video
Next Apple’s hopes dashed! People don’t like iPhone 14 Plus