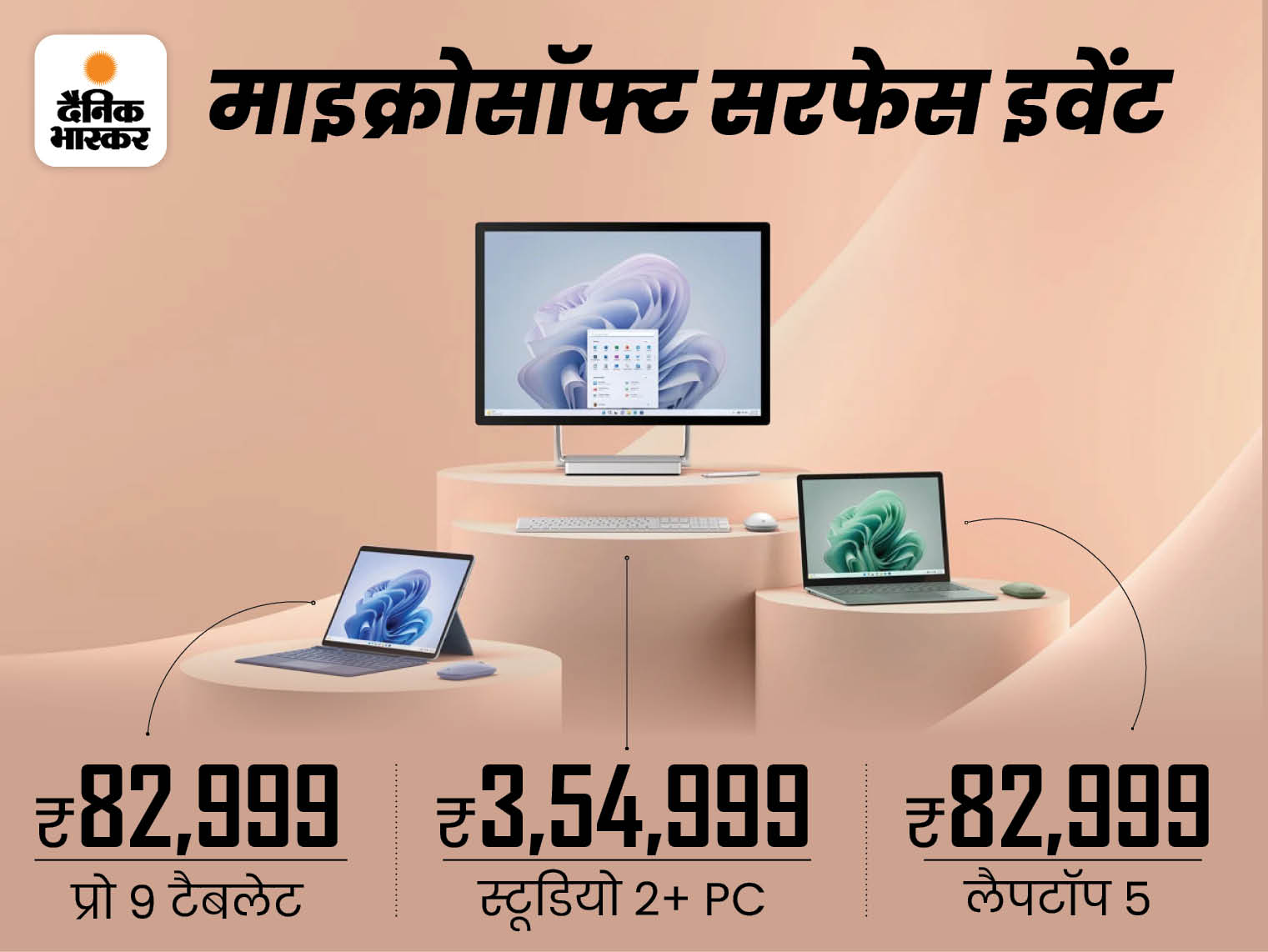 Microsoft has launched the Pro 9 tablet, Laptop 5 and Studio 2+ computers at its annual event ‘Surface’. The company also revealed gaming accessories at the event. Which will be launched on October 25. Also released an app called ‘Designer’. AI Powered This app made for Graphic Designers.

Designer apps and accessories also revealed
Microsoft also launched a customizable mouse, audio dock, and adaptive hub. They will be able to connect to the USB Type-C port and Bluetooth. The prices of these accessories, which will be launched on October 25, have not been released. A new ‘Designer’ app designed to help graphic designers was also announced.