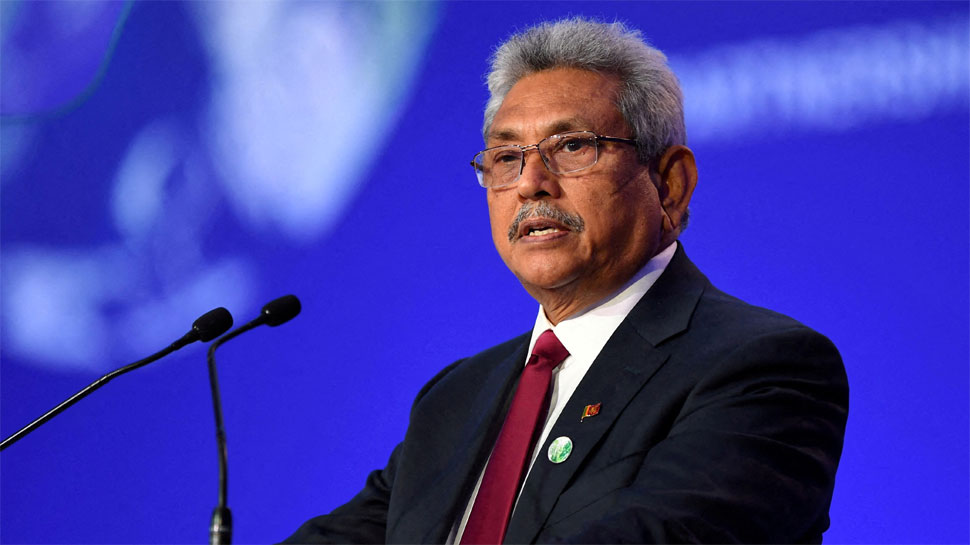 Gotabaya Rajapaksa waiting for US Green Card: Former President Gotabaya Rajapaksa, who fled the country after political turmoil in Sri Lanka, is now preparing to take US citizenship. Rajapaksa, his wife and sons await a US green card to settle in the US. The former president fled the country last month after large-scale protests erupted in Sri Lanka demanding the resignation of Rajapaksa. Earlier he has camped in Maldives and then in Singapore but now he is preparing to settle in America.

Gotabaya’s wife is a US citizen

Sri Lankan newspaper Daily Mirror claimed that Rajapaksa’s lawyers in the US had started the process last month to get the green card. The former president is eligible to apply because his wife Loma Rajapaksa is a US citizen. Rajapaksa gave up his US citizenship to contest the presidential election in 2019. Rajapaksa took early retirement from the Sri Lankan Army and went into the field of information technology. After this he immigrated to America in 1998. He returned to Sri Lanka in 2005.

According to the news, the former president is currently staying with his wife in a hotel in Bangkok and he is scheduled to return to Sri Lanka on August 25, canceling his initial plans to stay in Thailand till November. Officials in Bangkok have asked Rajapaksa to stay inside the hotel for security reasons. Gotabaya’s cousin Udayanga Veeratunga has also confirmed his return to Sri Lanka. Weeratunga, who was Sri Lanka’s ambassador to Russia from 2006 to 2015, said, “He spoke to me on the phone, I can tell you that he will return to the country next week.”

Left the country after the protests

Gotabaya went to Singapore in July after leaving the country amid anti-government protests in Sri Lanka. He reached Maldives on July 13 and then went to Singapore where he announced his resignation amid protests over the country’s economic crisis. A report in the Daily Mirror newspaper said that Rajapaksa would return to Sri Lanka in November after his 90-day Thai visa expired, but now he plans to return home by next week.

Previous Anupama’s sister-in-law Barkha lifted the T-shirt in front of the mirror in the makeup room, the bold style of the actress caught on camera
Next RadExpand 5 foldable electric bike launched with a range of 72 km, know the price