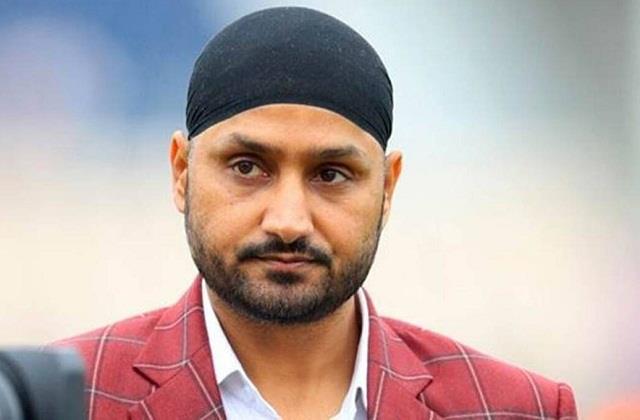 New Delhi. Team India has reached Australia on Thursday to participate in the T20 World Cup. The team suffered a major setback last week when their leading pacer Jasprit Bumrah was ruled out of the T20 World Cup tournament due to a back injury. An announcement to replace Bumrah is expected within the next few days. However, there is another big concern for the Indian team – Bhuvneshwar Kumar’s form. The senior pacer struggled a lot in the death overs of late and seems to be failing to pick up wickets as well.

Former India spinner Harbhajan Singh has opened up on Bhuvneshwar’s form and said that Deepak Chahar would be a better option in his place. Chahar has shown his superior record and ability to swing the ball “up-front and both ways” in recent times. Harbhajan said, “Deepak Chahar is the only bowler who can swing the ball forward and both and seems to be taking 2-3 wickets in the powerplays. His inswinger is as deadly as his outswing and he can move whatever the situation may be. I think Deepak is currently a better skilled bowler than Bhuvneshwar. Off-spinner Harbhajan also spoke about how Bhuvneshwar conceded a lot of runs in the death overs during the Asia Cup and T20I series against Australia. Harbhajan stressed on the need to take back the present form and skill over experience. Harbhajan said, “Bhubaneswar has a lot of experience, but 8-10 runs in the 19th over doesn’t hurt, but as soon as you give away 15 or more runs then the match is out of hand. So Deepak will be my choice.”

The former cricketer also commented on Arshdeep Singh, who has done a good job for India in the death overs. Harbhajan said that Arshdeep was still very crude and it would be unfair to expect him to perform consistently as planned. Harbhajan said, “Look, Arsh is a fine talent and is going to be the right bowler for the future. Also, if you are a left-arm fast bowler, you will create angles that can trouble the batsmen. But he needs some assistance from the track where he can pitch it and the ball is slightly off the track. He is still very raw and needs to bowl a lot in different pressure situations. It would be unreasonable for a youngster to think so just to expect that he would be able to clear each of the six balls as planned under pressure. But he has the temperament and the skill, but he will need an experienced bowler around him.”

Previous Vivo V25 Review in Hindi, Vivo V25 Review: A great selfie camera will be available with great design, but performance and battery will be a bit disappointing – vivo v25 review in hindi with unique design and a good selfie camera but performance and battery should be better
Next Richa Chadha Wore Luxury Bulgari Mangalsutra Ali Fazal Users Slams Couple Over Love Jihad