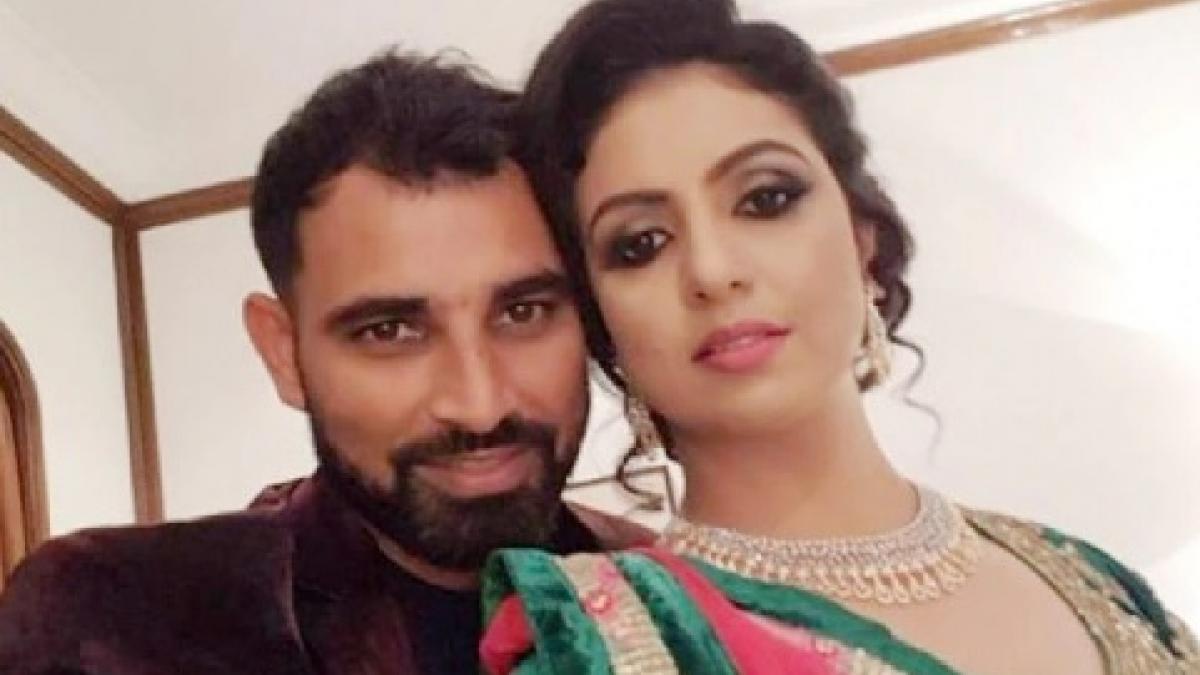 Haseen Jahan, the wife of Team India’s fast bowler Mohammed Shami, has once again come into the limelight. Hasin Jahan has accused the Ticket Checking Staff (TTE) of misbehavior in the train when she was traveling from Katihar in Bihar to Kolkata. Hasin Jahan later took the help of the railway helpline, after which she returned to Kolkata with security personnel.

Hasin Jahan has narrated this entire incident on Instagram. Hasin Jahan said, ‘I had gone to Bihar to attend the wedding of one of my relatives where there was no flight facility, going from Bihar to Kolkata by Jogbani Express. I was allotted the upper berth, but the lower seat number seven was vacant. In such a situation, after the request of a passenger, I decided to come to the lower berth. 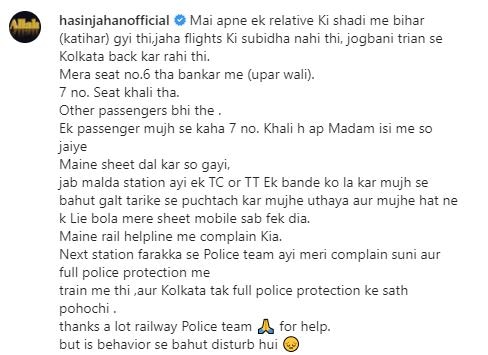 Hasin Jahan further wrote, ‘However, when Malda station came, TTE reached there with another person and wrongly questioned me, picked me up and asked to leave. threw my mobile. I complained to the rail helpline. Then the police team came to Farakka station and after hearing the complaint, I reached Kolkata with full protection. Thanks to the Railway Police team, but I am deeply hurt by this behaviour.

On the other hand, Eklavya Chakraborty, Chief Public Relations Officer of Eastern Railway has told that no official complaint has been lodged with the Railways in this matter so far. However, he assured to look into the matter and take appropriate action accordingly. Hasin Jahan is currently living separately from Mohammed Shami. Shami has been included in the Indian team for the T20 World Cup in place of Jasprit Bumrah.

Haseen Jahan’s relationship with Shami is not good

After the Indian team’s win against Pakistan in the Asia Cup last month, Hasin Jahan shared a picture of Hardik Pandya on social media. Through this post, Hasin Jahan indirectly attacked Shami. Hasin Jahan wrote, ‘Congratulations. A memorable victory. Thanks to our Tigers for making the country victorious. It was bound to happen. The prestige and honor of the country is protected by honest patriots and not by criminals and feminists.

In the year 2018, there was an earthquake in the personal life of Mohammed Shami. His wife Hasin Jahan had made serious allegations against this bowler like domestic violence, dowry harassment, match-fixing. After this, Shami clarified on the allegations of his wife. Shami had said, ‘The biggest question has arisen on me. Not today, if still the question of cheating for the country comes in my mind, then I would like to die. I respect Indian Army. If I am proved to be a liar, I am ready to face any punishment.