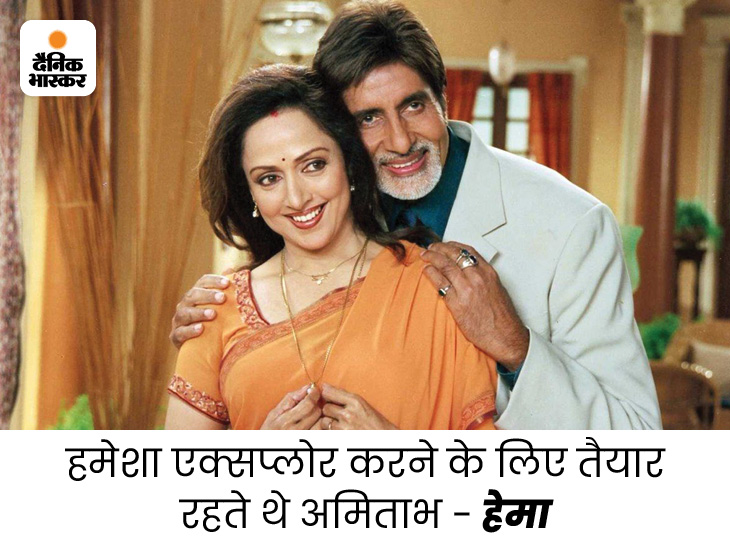 Legendary actress Hema Malini recently talked about the megastar of the century Amitabh Bachchan in an interview. Hema has said that Amitabh is still the same as he was before. Hema has said that when she first saw Amitabh on the sets of her film, he was quite calm.

Hema says that even after so many years she has not seen any change in Amitabh’s personality. She says that she considers herself extremely lucky that she has worked with Amitabh in so many films in her career. Hema also said that Amitabh was one of the few actors of his generation who was always ready to explore.

Amitabh used to be very calm in the beginning – Hema

Recently, while talking to the media about her experiences with the 80-year-old actor Amitabh Bachchan, Hema said – “When we both met for the first time on the sets, they were very quiet. Slowly we started talking. Amitabh was a newcomer at the time and was meeting producers and directors for his projects.Amitabh told me that he saw me for the first time on the sets of Actress (1970).

Since then we have worked together in many films. After a short gap in between, we both worked together in Baghban. I was very nervous while gardening, so he told me not to panic because I am also on the same boat as you are, we will work together together.”

Hema further said in her interview that Amitabh was always ready to explore as compared to other actors of his generation. He further said during his conversation, “Despite getting so much success, there has not been any change in him even today. He is still the same as he was before. Just his hair has definitely become a little more white than before. He is still very mischievous today. But sometimes they get angry too. He comes on the sets of a film even today, he changes the atmosphere there with his personality. I consider myself very lucky that I have worked with him in such beautiful films. “

Amitabh- Hema worked together in many films

Previous Deepti Sharma wreaks havoc, big win over Thailand, India in final of Asia Cup
Next Yes Bank launches special FD scheme, investors will get tremendous returns of up to 7.75%