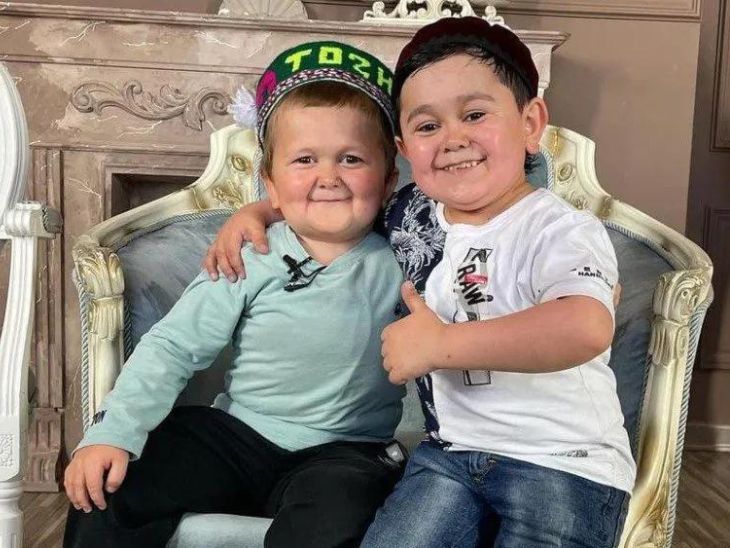 Bigg Boss fans are very excited about season 16. Every day new twists are being seen in the show, due to which the competition seems to be increasing. Although on one hand the rest of the contestants are seen fighting among themselves, on the other hand Abdu Rojic has made everyone a fan of his cuteness. But now in the coming days, the fans can also see the new avatar of Abdu.

There are reports that the makers of Bigg Boss have made up their mind to call Abdu’s arch enemy Hasballah in the show. After the entry of Hasbollah in the show, you may see Abdu fighting in anger.
Who is Hasbollah?

Hasbollah’s full name is Hasabulla Magomedov. He is one of the famous blogger of Russia. He is 20 years old, but he is also like Abdu Rojic. He is known for his Tik Tok videos on social media. Hasbollah is also known as Mini Khabib. Let us tell you that he became famous on social media due to MMA spoofs. In the year 2021, he challenged Abdu Rojic to fight. Although they never fought in the meantime, but there was a verbal war between the two.

By the way, it is difficult to believe that Abdu Rojic could have an enemy. But it is not so, the social media star from Russia is the arch enemy of Hasbollah Rojic. Both do not even like to see each other, so it is going to be very interesting to see both of them in Bigg Boss house. According to the news of Bollywood Life, Hasbollah will soon enter the show as a wild card contestant. After this news, the excitement of Bigg Boss fans has increased even more. People want to see Hasbollah and Rojic face to face as soon as possible.

Fans get excited by Hasbollah’s entry
Fans are very excited by the news of Hasbollah’s entry. Users are reacting fiercely on social media, one user wrote in the comment – ​​Ab will come, no fun, Abdu’s competition is coming in the house. Another user wrote – But Hasbullah does not even know English, how will he talk. Till now everyone has seen the sweet and shy side of Abdu in Bigg Boss. But now the fans also want to see another style of Abdu.

Previous Google Pixel ready for sale, book before stock runs out
Next Redmi A1+ sale will start in India from today, know what will be the price