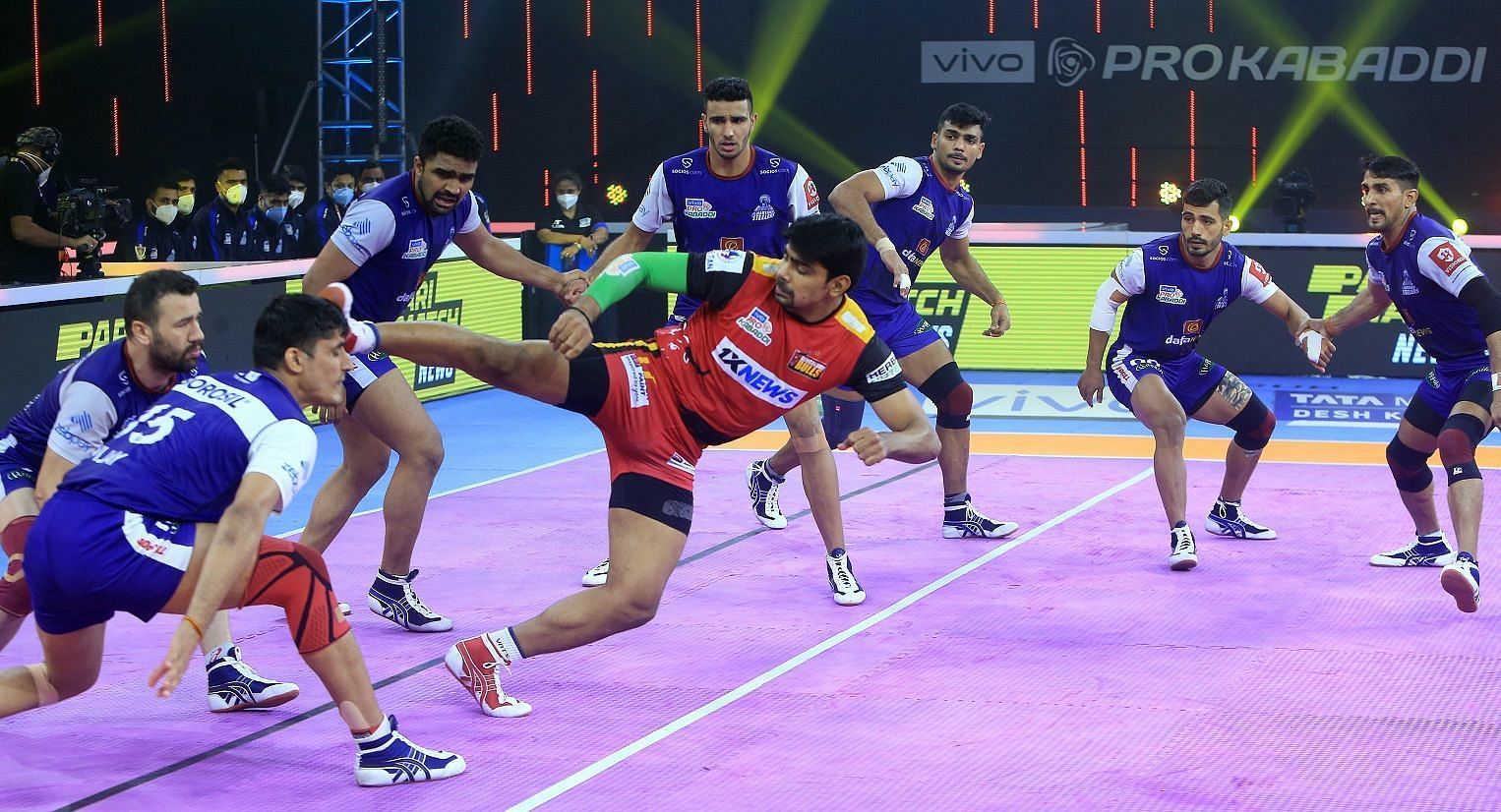 Only three league stage matches remain in the eighth season (PKL) of the Pro Kabaddi League. So far Patna Pirates, Dabang Delhi and UP Yoddha have qualified for the playoffs. Apart from this, the teams of Tamil Thalaivas, Telugu Titans, U Mumba and Bengal Warriors have been out of the race for the playoffs.

Right now 5 teams are fighting for the last three spots and only after the last league match, the position of the play-off will be completely clear. In this article, we will tell you what could be the situation for the play-offs for all the teams:

What do all the teams need to do to reach the playoffs of PKL 8?

Jaipur Pink Panthers: If the champion team of PKL’s first season wants to reach the playoffs, then it is going to be very important for them to register a win. If Jaipur loses their match, they have to score at least one point. Apart from this, expect Gujarat Giants and Haryana Steelers to lose their respective matches by more than 7 margins.

Gujarat Giants: To reach the semi-finals of PKL 8, Gujarat Giants will have to register a win at any cost. If they lose their match, they will have only 62 or 63 points. In such a situation, it will be very difficult for them to reach the play-offs. However, he manages to get one in the event of a loss and will qualify if Haryana Steelers team loses their match by more than 7 margins.

Haryana Steelers: Haryana Steelers will qualify for the playoffs as soon as they win their match and in that case they will not be dependent on the results of the other matches. However, if they do not win their match, they will have to expect a one-sided defeat by Gujarat Giants and Jaipur Pink Panthers. The main reason behind this is that their score difference is very bad.