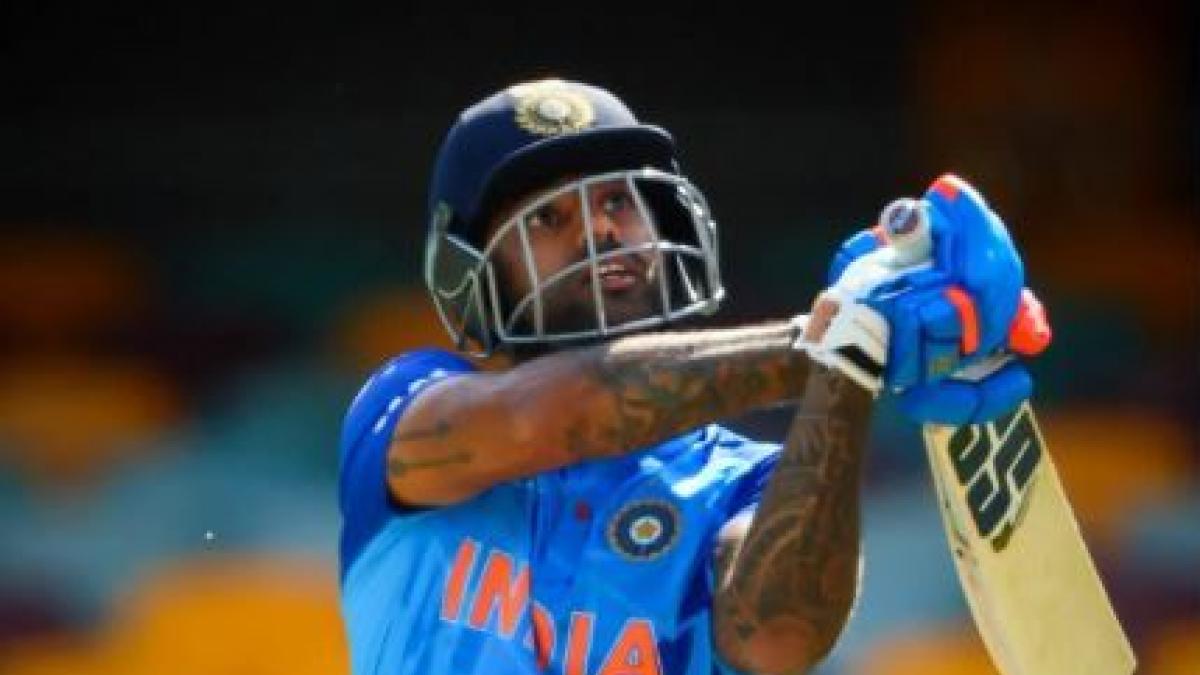 Team India’s batsman Suryakumar Yadav remains at number two in the T20 rankings released by the ICC on Wednesday (October 19). In such a situation, Suryakumar will enter the field as the second best batsman in the current T20 World Cup. Pakistan’s wicket-keeper batsman Mohammad Rizwan has remained at the top of T20 batting due to his consistent performance in the tri-series in New Zealand. Even the gap of points between Suryakumar and him has increased to 23. Mohammad Rizwan has 861 and Suryakumar Yadav has 838 rating points.

Surya has a chance to reach number-1

In the T20 World Cup, Suryakumar Yadav can become the number-1 batsman by overtaking Mohammad Rizwan. However, for this, Suryakumar will have to show a good game in every match. On the other hand, Mohammad Rizwan, who is consistently showing a great game, would also like to maintain his number-1 crown. The match between India and Pakistan is to be held in Melbourne on 23 October, in which Rizwan and Suriya can prove to be game changers for their respective teams.

In the T20 batting rankings, Pakistan captain Babar Azam remains at third place ahead of South Africa’s Aiden Markram and New Zealand’s Devon Conway. Among the Indian batsmen, KL Rahul (13), Virat Kohli (15) and captain Rohit Sharma (16) all remained in their respective places. The only change in the top-10 was in the rankings of New Zealand’s Glenn Phillips, who jumped 13 places to 10th spot on the back of his excellent performances in the tri-series against Bangladesh and Pakistan.

Hardik Pandya remains at the sixth position in the T20 all-rounder rankings with 173 rating points. Bangladesh captain Shakib Al Hasan will enter the T20 World Cup as the top all-rounder. He has removed Mohammad Nabi of Afghanistan from number one. Shakib topped the tri-series against New Zealand and Pakistan with his stellar performances, in which the veteran cricketer scored consecutive half-centuries during Bangladesh’s last two matches.

No Indian in top-10 in bowling rankings

In the T20 rankings of bowlers, there has not been much change in the top-10. Mujibur Rahman (up two places to fifth) and South Africa’s Keshav Maharaj (up one place to eighth) have moved up the rankings. Australian pacer Josh Hazlewood (705 rating points) has maintained his lead at the top spot. He is followed by Afghanistan’s spinner Rashid Khan (696 points), Sri Lanka’s Wanindu Hasaranga (692) and South Africa’s experienced Tabrez Shamsi (688). India’s Bhuvneshwar Kumar, Ravichandran Ashwin and Axar Patel are ranked 12th, 22nd and 23rd respectively.

Previous Nissan X-Trail: Even eight years ago, this Nissan car has made a splash, know what will be special in this this time
Next Rizwan bhai should I put leg spin? Pakistani opener said – come to Peshawar