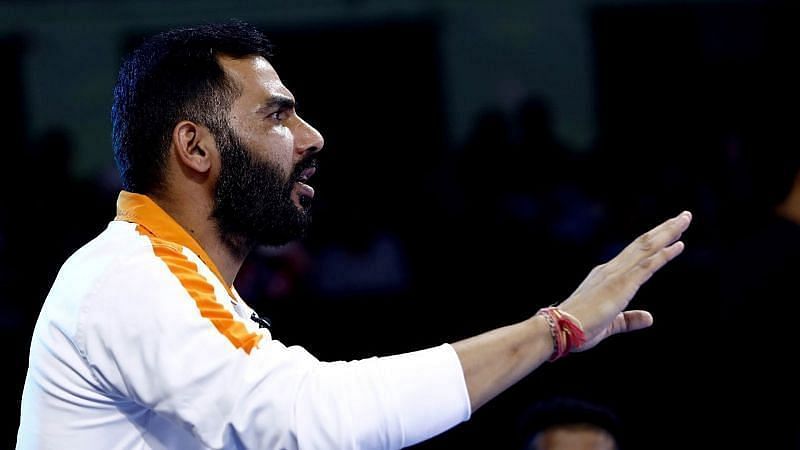 Bengal Warriors beat Puneri Paltan 43-36 in the 127th match of PKL 8. In the first half of the match, where Puneri Paltan dominated, but in the second half, they performed poorly and lost the won match badly.

Puneri Paltan’s team started the second half well and they soon came close to all-out. However, Bengal first saved itself in the raiding twice and then super tackled Mohit Goyat. Maninder Singh saved his team in continuous raiding and in the meantime he made a tremendous super raid. Due to this, he also completed his another Super 10. Pune completely lost their lead and this was largely because they could not stop Bengal from taking the bonus. Pune did make two super tackles, but in the 35th minute of the match, Bengal Warriors all-outed Puneri Paltan.

Mohit Goyat completed his Super 10 and also brought the score to level. From here, Rohit turned the match completely by putting the best super raid. He dismissed 3 defenders in a single raid. The frequent mistakes of Pune’s defense cost him the loss. In the end, Sukesh Hegde also put a super raid and in the last minute, Bengal Warriors once again all-outed Pune. In the end, Puneri Paltan hardly got a point.

Bengal Warriors ended the season with a win. It has become very difficult for Anup Kumar’s team to reach the playoffs. Mohit Goyat scored 15 points in the match and Maninder Singh scored 11 points.