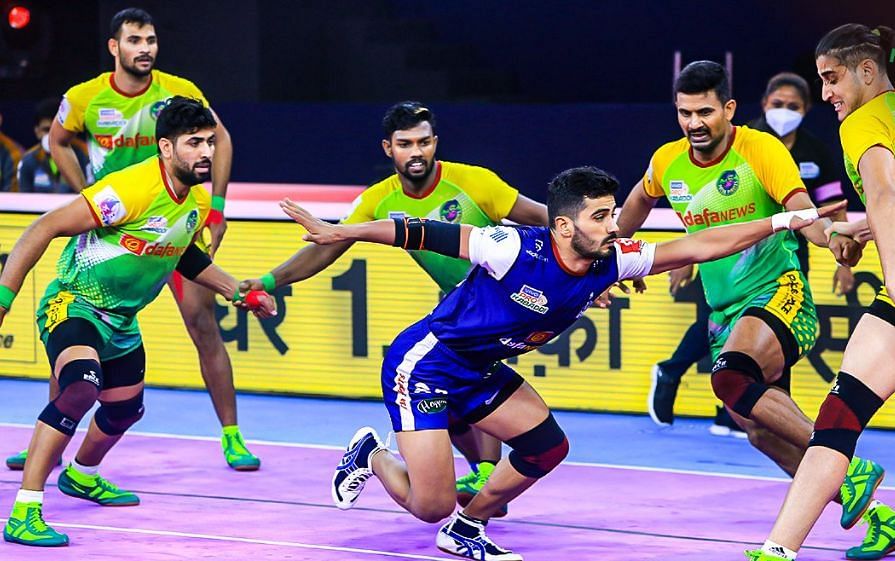 In PKL 8, Patna Pirates gave a big blow to the veteran’s team, all the teams of the playoff were revealed

Patna Pirates beat Haryana Steelers 30-27 in the 132nd match of the Pro Kabaddi League (PKL 8) to knock them out of the tournament. Anup Kumar’s Puneri Paltan qualified for the playoffs as the sixth team after the exit of Haryana Steelers under the coaching of veteran Rakesh Kumar. Patna Pirates finished first with 16 wins and 86 points from 22 matches.

Patna Pirates were ahead 17-14 after the first half. Patna Pirates had taken a good lead by all outing Haryana Steelers in the early stages of the match, but Haryana made a spectacular comeback by all outing Patna as well and were only 3 points behind after the first half. Sachin took 6 raid points and Guman Singh took 3 raid points for Patna Pirates, while Ashish took 4 raids and Jaideep took 2 tackle points for Haryana Steelers.

The second half also saw a very exciting match between the two teams and a tremendous match went on in the first 10 minutes. After 30 minutes at the first strategic time out, Patna Pirates were ahead 23-21 in the match. Although Patna Pirates extended the lead to five points in the next five minutes, after the second strategic time out, Haryana Steelers leveled the match with five consecutive points. However, in the last minute, Patna Pirates captured the match with 3 points and Haryana team was knocked out of the tournament.

For Patna Pirates, Mohammadrza Shadlu again took 5 tackle points while hitting high 5, while Sachin took the maximum 8 points in raiding. In the defense for Haryana Steelers, Jaideep took 5 points while putting high 5, while Ashish took the maximum 8 points in raiding. The team suffered a huge loss due to the flop of Captain Vikas Kandola (4 points).

Previous Dainik Bhaskar News Headlines; Dawood Ibrahim India Attacks Plan, Karnataka Hijab Controversy and Ukraine-Russia Tensions | Fugitive Dawood preparing special fighters for the attack on Delhi-Mumbai, 4 big players leave from Team India
Next Amitabh says after shooting with Prabhas, He is talented and humble | They are talented and humble; Prabhas said- working with Big B like a dream