In the lift, the person’s head would have been separated from the body, life was saved like this, the hair-raising video went viral

This hair-raising video has been shared on the social media platform YouTube with an ID named Amazing Facts In Hindi. This video of just 19 seconds has been viewed more than 5 thousand times so far. This video is being told of Krasnodar, Russia. 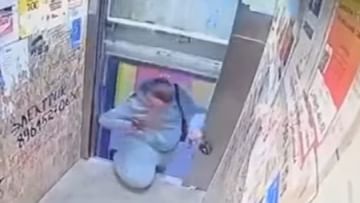 The man who survived the fatal accident in the lift

Nowadays many things have become available for the convenience of the people. Now people do not even need to climb stairs. everywhere the lift is available. You have to go to any floor, just get in the lift, press the button and in a moment the lift takes you to your destination. It’s quite convenient, which saves you time too, but after all it is machine The same, which can cheat at any time and in such a situation sometimes even becomes life-threatening. social media But nowadays one such video is going viral, after watching which you will get goosebumps.

Actually, in this video a person survives while dying. The lift would have separated his head from his torso, but he showed caution and pulled his steps backward. In this way his life was saved. In the video you can see that as soon as the lift opens, a person goes in a hurry, while a person starts coming out from inside the lift, but as soon as he reaches the gate of the lift, the lift suddenly goes down. starts leaving. In such a situation, the person quickly goes inside the lift again. Had there been a delay of even 2 seconds, his head would have been severed from the trunk. By the way, it does not usually happen that the gate is open and the lift starts running. There must have been some technical problem in the lift.

See how the person’s life was saved by the way

This hair-raising video has been shared on the social media platform YouTube with an ID named Amazing Facts In Hindi. This video of just 19 seconds has been viewed more than 5 thousand times so far.


This video is being told from Krasnodar, Russia, when an apartment elevator survived a fatal accident. If the person had not followed his steps in time, his head would surely have been cut off. This entire incident was captured in the CCTV camera, which is now becoming very viral on social media.