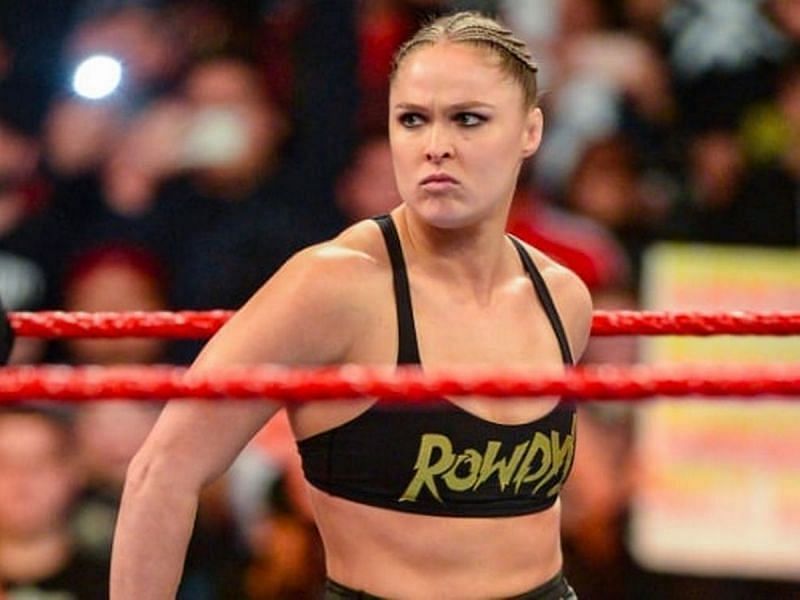 Ronda Rousey and Charlotte Flair will face a tough fight at WWE WrestleMania 38. WWE announced the tag team match for Elimination Chamber 2022 last week. Naomi had a rivalry with Sonya Deville for a long time. There was no match between the two. During this time Flair also joined Rivalry.

Ronda Rousey supported Naomi in this rivalry. A good tag team match was seen between these four superstars in Saudi Arabia. Ronda Rousey entered the ring in a new look. Naomi definitely supported Rousey well and used some good moves. There was a time that Charlotte Flair and Sonya Deville would win but it did not happen.

At the end of the match, Naomi gave the tag to Rousey. Rousey makes a great move to Sonya Deville. After this, Sonya Devil won the match by putting an armbar. During this, Flair did not enter the ring. If she wanted, Sonya could have saved the Devil but she didn’t. Rousey and Naomi looked very happy in the ring after this victory. Rousey was greatly cheered by the fans of Saudi Arabia in this match. Now at WrestleMania 38, there will be a lot of fun in the match of Charlotte Flair and Ronda Rousey. Fans will be eagerly waiting for this match too. This spectacular rivalry will now start in WWE.