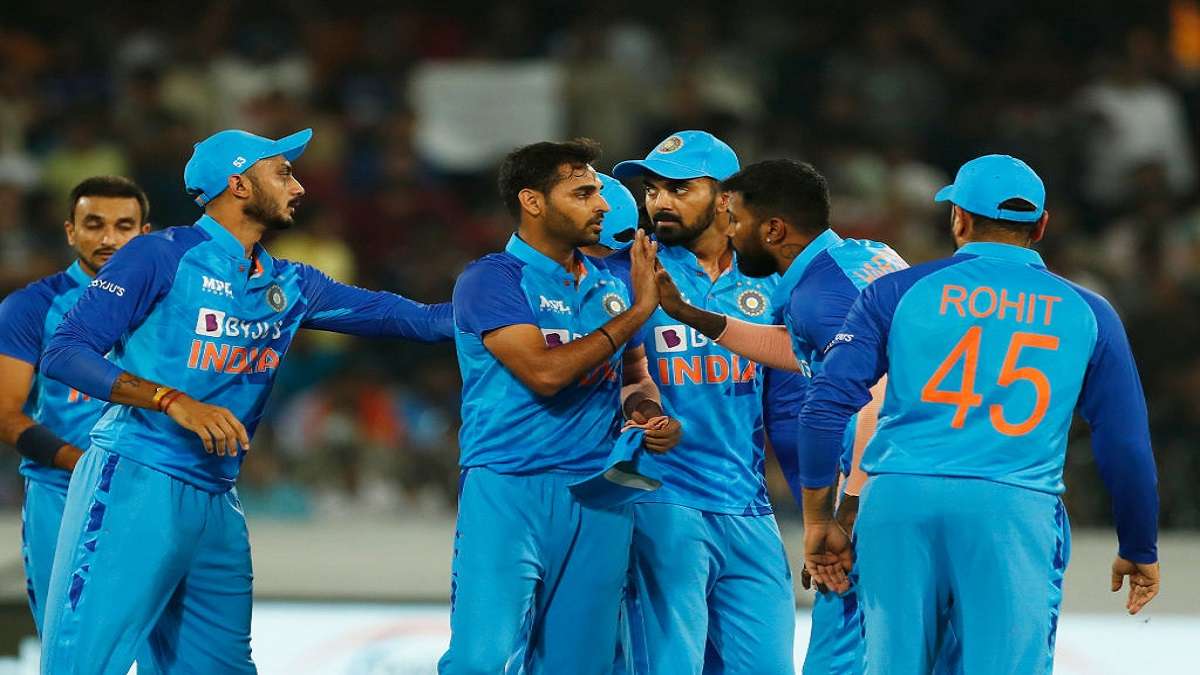 IND vs PAK: Ashwin or Axar Patel, who will get a chance in the playing XI against Pakistan in the Super 12 opener in Melbourne

IND vs PAK: Less than two days are left for the T20 World Cup match between India and Pakistan. For this, both the teams have started practice after reaching Melbourne. But before this match of the Super 12 stage, a big question has arisen in front of Team India, or rather it has become the biggest headache for coach Rahul Dravid and captain Rohit Sharma.

Although the Indian team has completed its preparations for this match, but there are some questions to which it will have to find answers. The biggest question is who should be given a chance between left-arm spin all-rounder Axar Patel and right-arm experienced spin all-rounder Ravichandran Ashwin. Ahead of the match against Pakistan, Axar Patel was seen doing long bowling drills in the nets session under coach Rahul Dravid but the presence of three left-handed batsmen in the arch-rivals would make his selection in the playing XI difficult.

Actually, the Indian team has made many changes in the playing XI during the last one year. Some of these changes were due to workload management and some due to injuries to the players. In such a situation, the balance of the team has been deteriorating. Most of the players of the team preferred to rest instead of practicing on Friday. In the playing XI, the place of captain Rohit Sharma, Lokesh Rahul, Virat Kohli, Suryakumar Yadav, Hardik Pandya is assured, while Dinesh Karthik is ahead of Rishabh Pant as a wicket-keeper batsman in terms of current rhythm.

Karthik also practiced wicketkeeping for a long time after batting practice on Friday. Pant is the only left-handed batsman in the top six of Indian batting, so if both Karthik and Pant are included in the playing XI, Rohit will be forced to use Pandya as the fifth bowling option, which has been done on several occasions. But the team has been in trouble.

Who is bet on Akshar and Ashwin?

Like Pant, there is also a position of Axar in spin bowling. He has been the best bowler of the team for some time now. However, in the presence of left-handed batsmen like Fakhar Zaman, Mohammad Nawaz and Khushdil Shah in Pakistan’s top order, playing the left-arm spinner could be costly. Ravichandran Ashwin’s experience in this department cannot be ignored as his presence adds variety to the team. In the big grounds of Australia, Yuzvendra Chahal will be the team’s first-choice spinner, while in fast bowling, Mohammed Shami along with Bhuvneshwar Kumar and Arshdeep Singh Singh are sure to find a place in the team. Given the current pace, it will be difficult for Harshal to find a place in the team.

Previous Flipkart Diwali Sale: Great offer on iPhone 11, bring home for less than half the price
Next Gift a smartphone with 4GB RAM and 6000mAh battery in Diwali 2022, Flipkart sale for less than ₹ 10,000