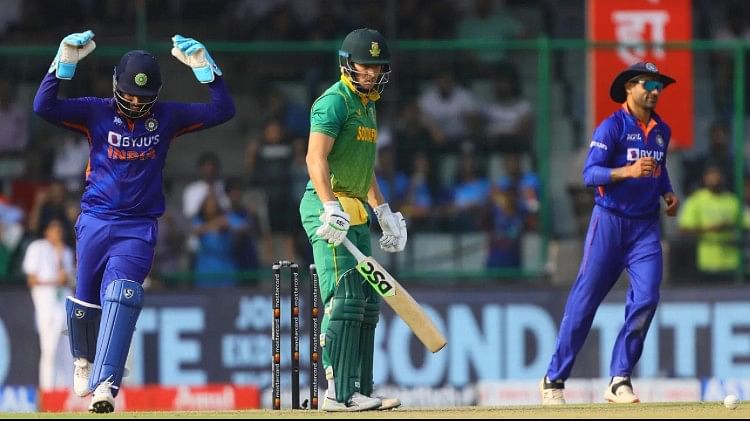 Shahbaz Ahmed has given the seventh blow to South Africa. He bowled Heinrich Klaasen. Klaasen scored 34 runs in 42 balls. Now South Africa’s team is looking in trouble. All the main batsmen of the team are out and it is the responsibility of the tail batsmen to take the team to a respectable score.

Six South African batsmen have returned to the pavilion. Kuldeep Yadav has given the sixth blow to South Africa by dismissing Phehlukwayo. He was bowled after scoring five runs. Now Marco Jansen is at the crease with Heinrich Klaasen. South Africa’s score after 20 overs is 73 for six. IND vs SA 3rd ODI Live: Half of South Africa’s team returned to the pavilion

Washington Sundar has given the fifth blow to South Africa. He bowled captain David Miller. Miller scored seven runs in eight balls. Now the South African team is struggling to play the full 50 overs. Andile Phehlukwayo and Heinrich Klaasen are at the crease. After 19 overs, South Africa’s score is 67 for five. 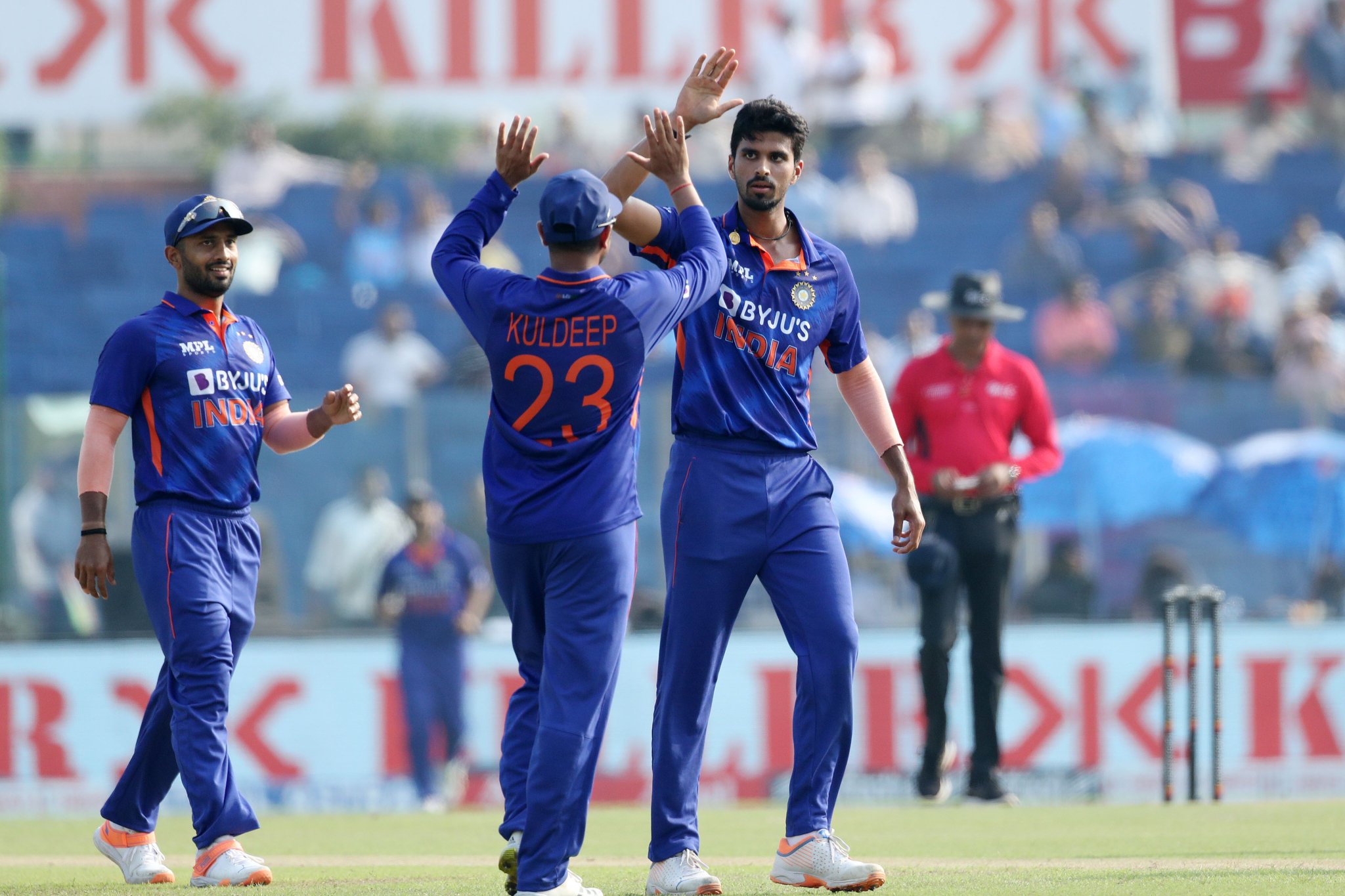 South Africa’s score has crossed 50 runs for the loss of four wickets. David Miller and Heinrich Klaasen are at the crease. Indian bowlers have bowled brilliantly in this match and kept the South African batsmen tied.

South Africa have suffered a fourth blow in the form of Aiden Markram. He was dismissed after scoring nine runs in 19 balls. Shahbaz Ahmed got him caught by wicketkeeper Sanju Samson. Now captain David Miller and Heinrich Klaasen are present at the crease. After 16 overs, South Africa’s score is 44 for four.

Don’t miss the LIVE coverage of the #INDvSA match on @StarSportsIndia, pic.twitter.com/ZGofSLmoln

There was a lot of rain in Delhi before the match and the bowlers are taking advantage of the conditions. The Indian bowlers have made excellent use of the conditions and have taken three wickets so far. All the bowlers have skilfully spent runs and taken wickets. South Africa are 35 for three after 13 overs. Heinrich Klaasen and Aiden Markram are at the crease. So far only Yeneman Malan was able to cross the double figure, but he too has been out.

Mohammad Siraj has given the third blow to South Africa. He got Reeza Hendricks caught by Ravi Bishnoi. Hendrix scored just three runs in 21 balls. South Africa’s team has been seen struggling in the powerplay. After 10 overs, South Africa’s score is 26 for three. 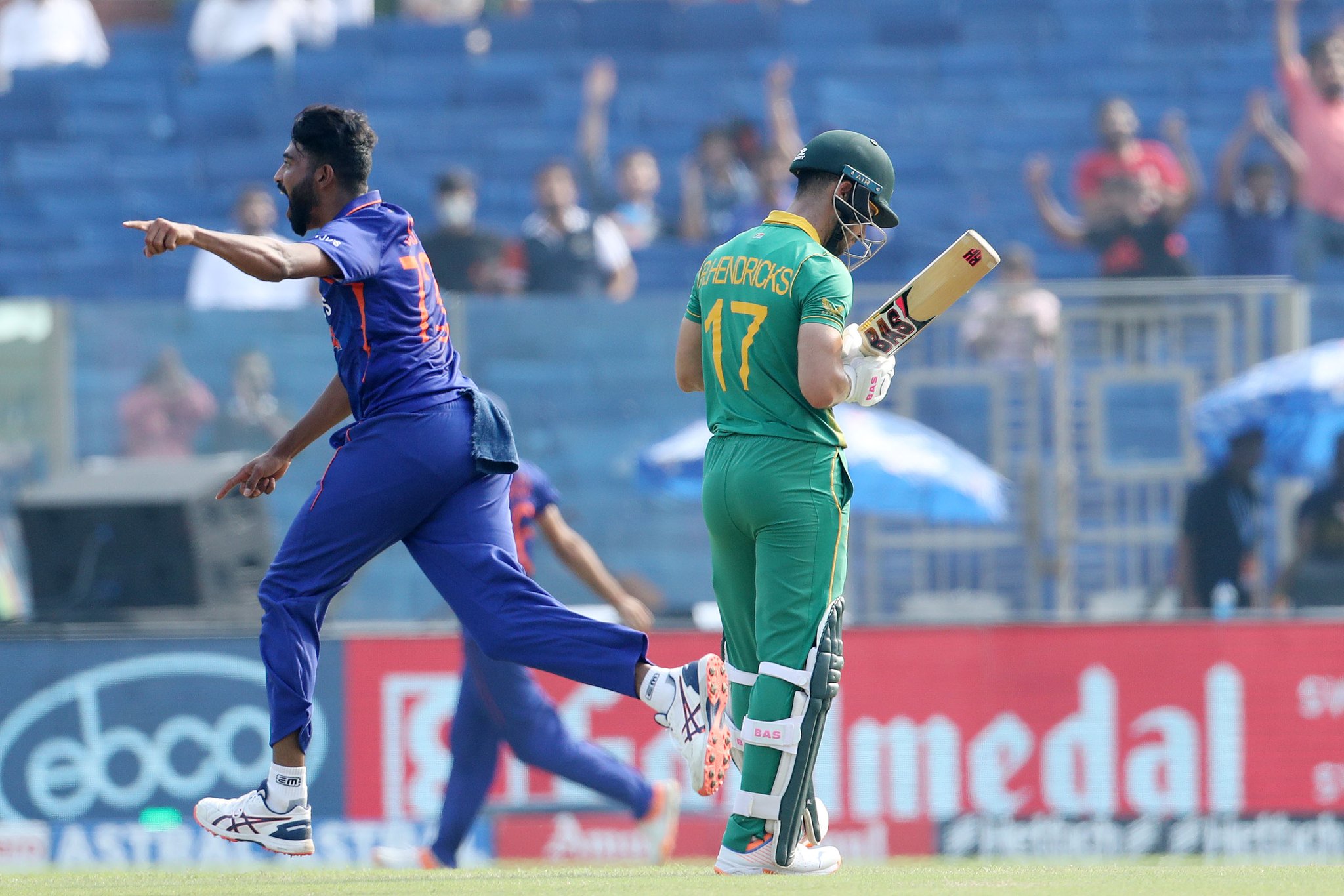 Mohammad Siraj gave India the second success. He dismissed Yeneman Malan on the fifth ball of the eighth over. Malan could only score 15 runs off 27 balls. He hit three fours in his innings. Avesh Khan took the catch of Malan. Aiden Markram comes to the crease after his dismissal. Reeza Hendrix is ​​at the other end. South Africa are 25 for two in eight overs. 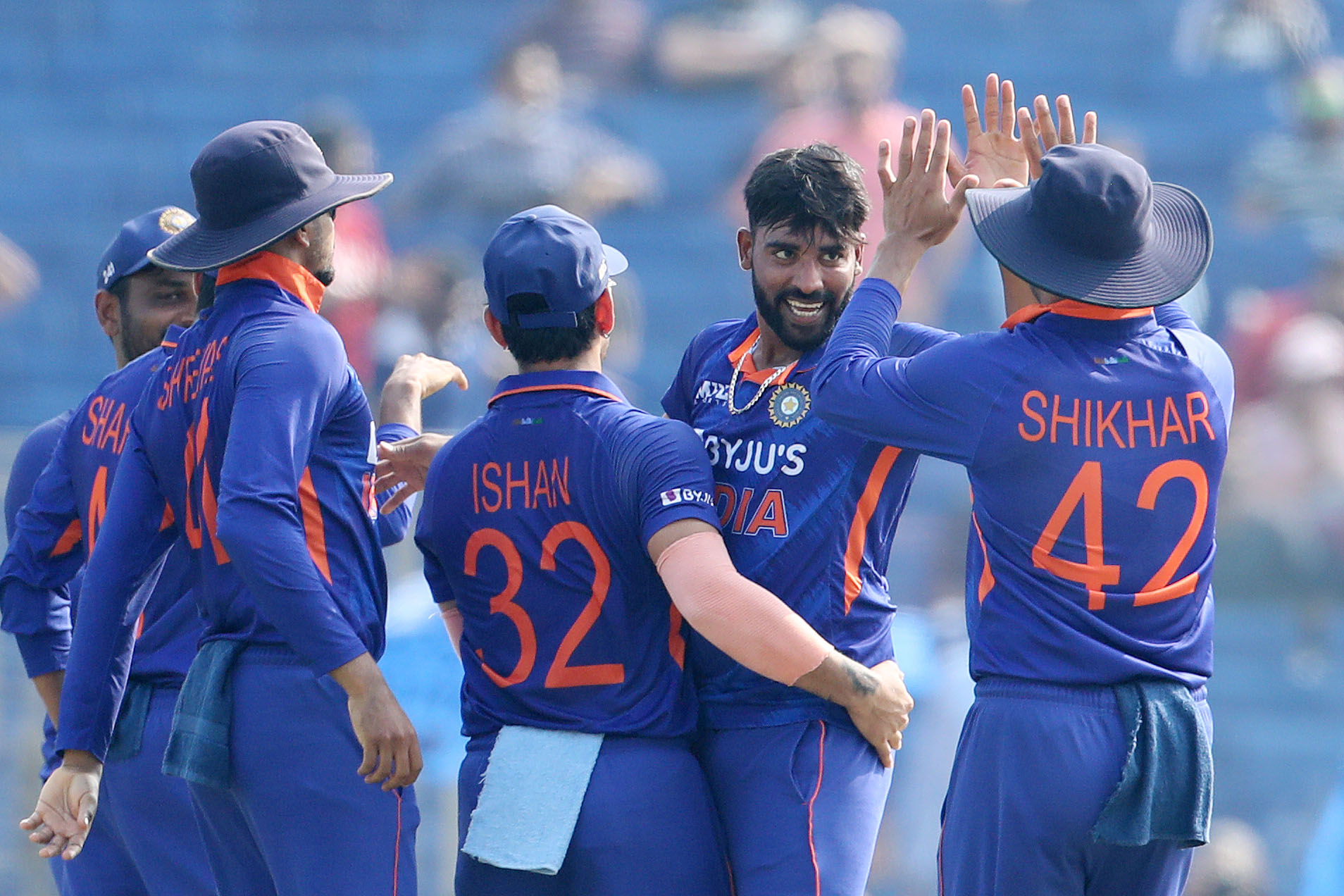 Indian bowlers have bowled brilliantly in the match so far. He has allowed South Africa to score only 20 runs in one wicket in seven overs. Reeza Hendricks is unbeaten on two and Yaneman Malan is unbeaten on 11. Washington Sundar, Mohammad Siraj and Avesh Khan have bowled for India so far.

Washington Sundar gave India the first breakthrough. He dismissed left-handed batsman Quinton de Kock on the fifth ball of the third over. Dekock made six runs off 10 balls and was caught by Avesh Khan. Reeza Hendrix comes to the crease after his dismissal. At the other end is Yeneman Malan. South African team has scored seven runs in one wicket in three overs. 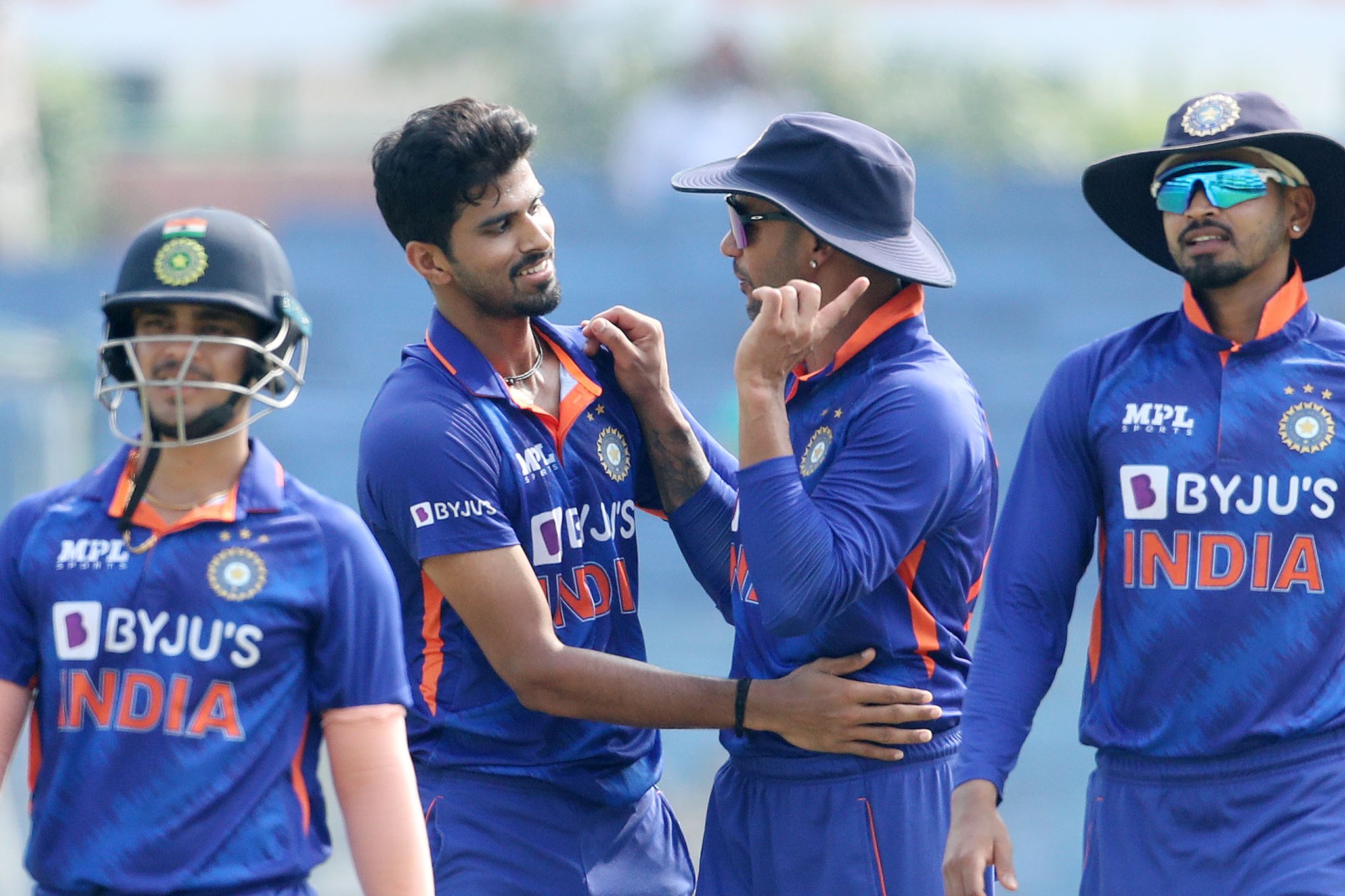 India won the toss and decided to bowl first. There has been no change in the Indian team. At the same time, South Africa’s team has come on the field with three changes. David Miller is captaining the African team in this match.

Playing 11 of both the teams

Toss Update#TeamIndia have elected to bowl against South Africa in the third & final #INDvSA ODI of the series.

The timing of the toss has been changed again. Now the toss will be held at 1.40 pm and the first ball will be bowled at 2 pm.

After inspecting the ground at 1.30 pm, the umpires have decided to hold the toss at 1.45 pm. At the same time, the match will start at 2.15 pm. The match is starting with a delay of 45 minutes, but no information has been given about the cut in the number of overs. In Delhi also we can get to see a full 50 over match.

The toss has been delayed in the third ODI between India and South Africa at the Arun Jaitley Stadium. The condition of the pitch and ground is not very good due to incessant rain for the last few days. The work of drying it continues. The umpire will inspect the ground at 1:30 pm. After that the timing of the toss will be informed.

Hello, welcome to Amar Ujala’s live blog. The third match of the three-match ODI series between India and South Africa will be played in a short time. The match will be held at Arun Jaitley Stadium in Delhi. Both the teams are currently level at 1-1 in the series. The team winning this match will win the series. Team India will face the challenge of winning the series after 12 years from South Africa at home. Since February 22, 2010, the Indian team has played 10 ODIs against South Africa at home, winning just four matches. India has faced defeat in six.