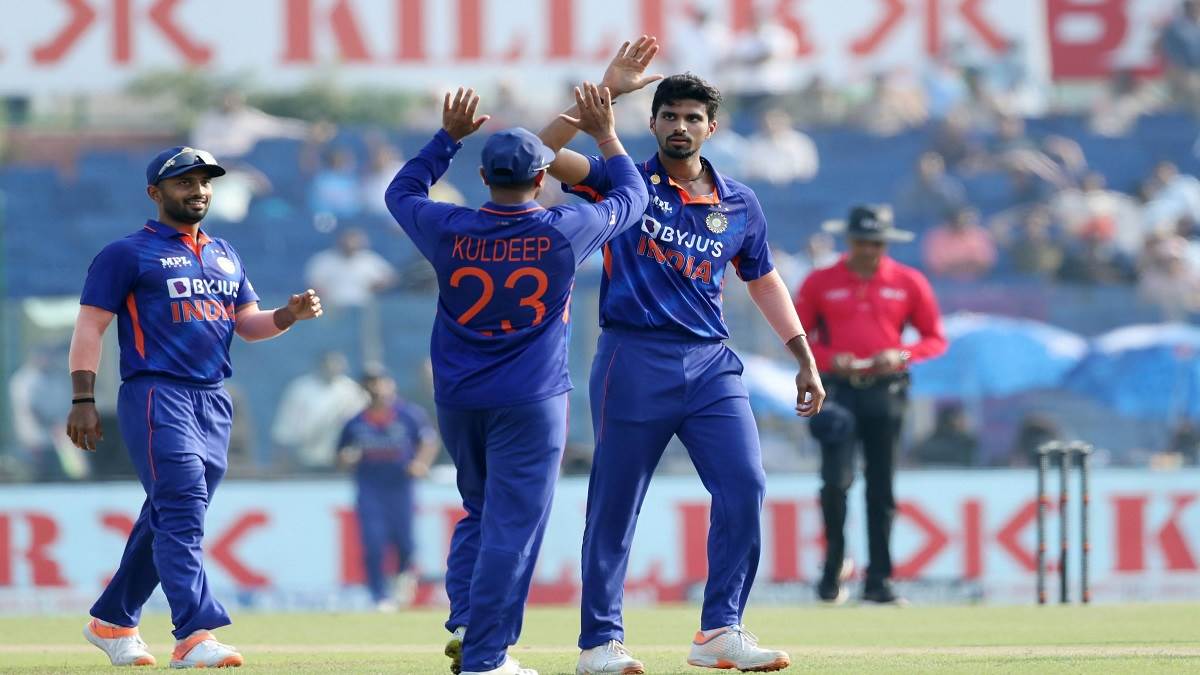 New Delhi, Online Desk. Ind vs SA 3rd ODI: The third and deciding match of the 3-match series between India and South Africa was played at the Arun Jaitley Stadium in Delhi. India captain Shikhar Dhawan won the toss and decided to bowl first. Batting first, South Africa were all out after scoring only 99 runs. team india defeated South Africa 2-1 in the ODI series and captured the trophy.

Let us tell you that the team called India Team ‘B’ defeated South Africa. India won the third match by seven wickets. Spinner Kuldeep Yadav bowled brilliantly in this match. Kuldeep took 4 wickets for 18 runs in 4.1 overs. At the same time, Mohammad Siraj was given the player of the series trophy. He took 5 wickets in this series.

Shikhar Dhawan and Shubman Gill started the innings for the Indian team chasing the target of 100 runs, but once again Dhawan proved to be unlucky and was run out after scoring 8 runs. India got the second blow in the form of Ishan Kishan. Ishan got out after scoring 10 runs. India got the third blow in the form of Shubman Gill. Lungi Ngidi dismissed Shubman for 49 runs. After the dismissal of Shubman Gill, Sanju Samson came to bat. Shreyas Iyer remained unbeaten on 28 and Sanju Samson scored 2 runs in this match.

In this match, David Miller team captained the team from South Africa. Temba Bavuma is unwell due to which he did not play in the third match. In this match, South Africa made three changes while the Indian team came out with no changes. Marco Yansen and Angele Phehlukwayo got a chance in this series for the first time.

The team had high hopes from the inform batsman David Miller but he too became the victim of Washington Sundar by scoring 7 runs. He was clean bowled by Sundar. For the sixth wicket, Andile Phehlukwayo was bowled by Kuldeep on a personal score of 5 runs. For the 7th wicket, Klaasen was bowled by Shahbaz Ahmed for 34 runs. On the score of 94, South Africa got two shocks when Fortuin and Norkhia were out. Both were dismissed by Kuldeep in the same over. Marco Yansen was dismissed as the last wicket, which Kuldeep made his fourth victim. Yansen scored 14 runs.