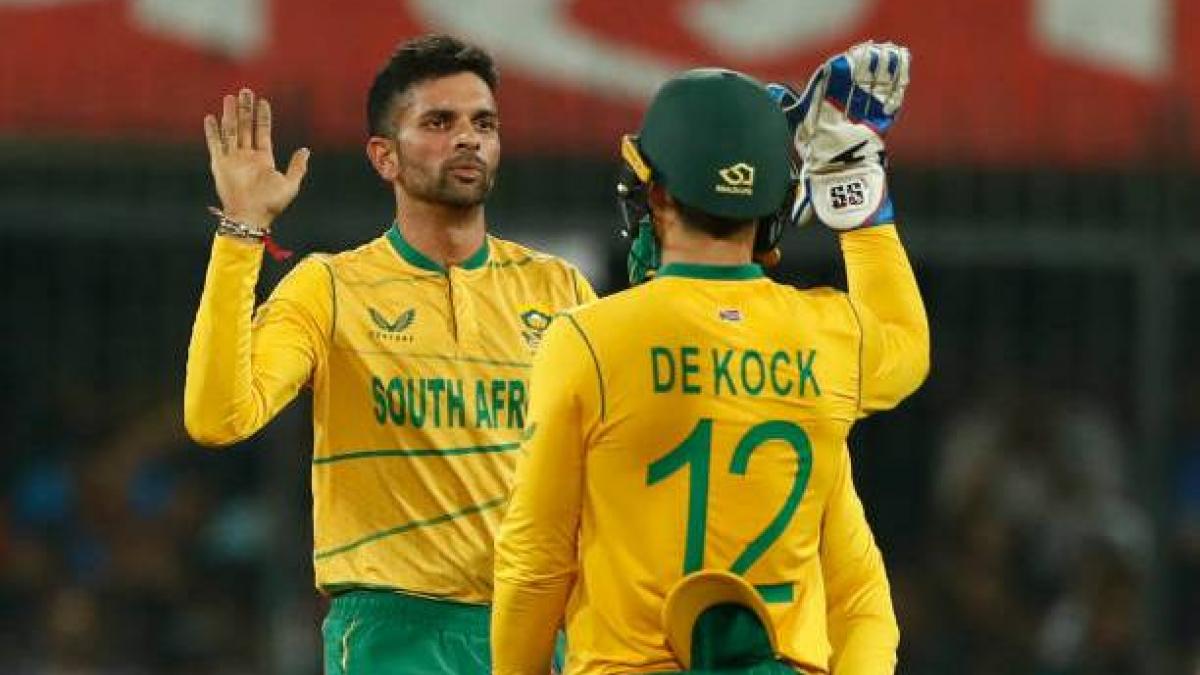 The second match of the ODI series between Team India and South Africa is to be played on Sunday (October 9). Before this match, South African spinner Keshav Maharaj has praised the Indian team fiercely. Keshav Maharaj believes that India has so much talent that it can field four to five international teams at a time.

Maharaj said on the eve of the second ODI here, ‘I would not call it a second level Indian team. India has so much talent that they can field 4-5 international teams. Many players of the team play in IPL and they also have international experience. These players are world class performers. The Indian team had to face defeat in the opening match of the three-match ODI series in Lucknow on Thursday.

Maharaj said, ‘It is always good to do better against India. Obviously, you want to prepare yourself. They have a world-class batting line-up. Tabrez Shamsi, who was the world’s top bowler in T20 rankings, scored a lot of runs in the Lucknow ODI. In that match, he gave 89 runs in eight overs and took one wicket.

Keshav Maharaj, defending the left-arm chinaman bowler, said, ‘I don’t think it was a bad day for him. Statistics don’t tell you the way someone bowls. Indian batsmen had to take an aggressive approach against any bowler and unfortunately that day the batsmen were successful against Shamsi. I think he showed mental strength in the last over.

Second match to be held in Dhoni’s hometown

The second ODI between India and South Africa will be played in Ranchi, the hometown of former India captain Mahendra Singh Dhoni. When Maharaj was asked about this legendary wicket-keeper batsman, he said that he would love to interact with this great player. Maharaj said, ‘I never got a chance to play with him. But I would love to interact with them. He is a world class player especially in terms of leadership. He remains very calm on the field. You can learn a lot from him.

Talking about 32-year-old Keshav Maharaj, he bowled very tightly in the first ODI and also took the important wicket of Ishan Kishan. So far 45 Tests, 25 ODIs and 21 T20 Internationals have been played. During this, Maharaj has taken 154 wickets in Test matches at an average of 30.61. At the same time, this spinner has 28 wickets in ODIs and 19 wickets in T20 Internationals. Maharaj has also scored 1032 runs in Test cricket showing his power with the bat.

Previous Nokia C2 2nd Edition has come to rule millions of hearts, priced at Rs 6,540, see awesome features
Next anupamaa written updates toshu forgive to anupamaa what will kinjal decide | Anupamaa Updates: Toshu will apologize after falling at Anupama’s feet, what will be Kinjal’s decision?