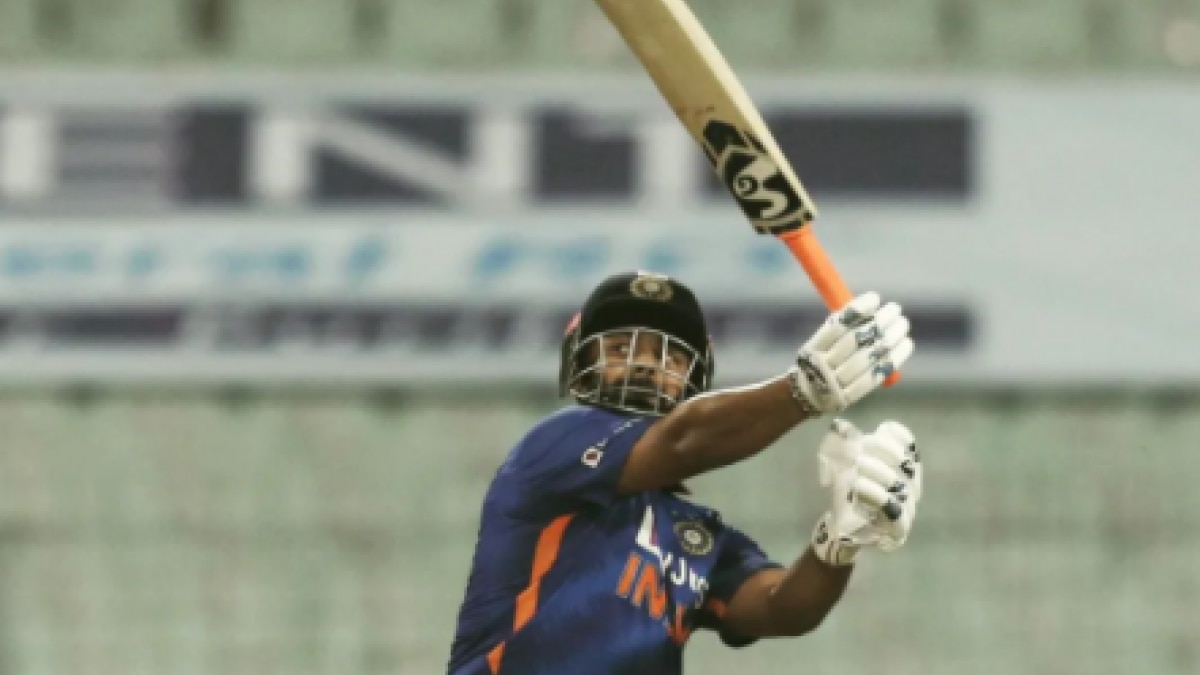 IND vs WI 2nd T20, Rishabh Pant: Rishabh Pant’s explosive style was seen in the second T20 match against West Indies. Rishabh Pant played a stormy innings of 52 not out off 28 balls, which included seven fours and a six. Due to this brilliant innings of Pant, India could touch the score of 186/5, which proved to be decisive in the end.

The only sixer that Pant hit in his innings was very special. Pant had shot this helicopter with one hand. Sunil Gavaskar and Harsh Bhogle were stunned to see this shot on Jason Holder’s ball in the 19th over of the innings. Wicket-keeper batsman Rishabh Pant is known for hitting sixes with one hand. He has made such shots on a few occasions in the past as well.

Seeing this shot of Pant, Bhogle said, ‘We want the sound engineer to play only that sound again. Forget the distance he has covered. At the same time, Gavaskar said that now you must have known why he wanted that heavy bat. The great batsman also said that Pant was just standing at the crease and hit an ‘amazing’ shot.

Click- Ind Vs Wi 2nd T-20: Thrill of the last over, 25 runs… West Indies hit sixes but India won like this

During this, Rishabh Pant made a stormy partnership of 76 runs in 35 balls with Venkatesh Iyer. Venkatesh Iyer contributed 33 runs in 18 balls, which included four fours and a six. Before Pant-Iyer, the bat of star Indian batsman Virat Kohli spoke fiercely. Kohli played an innings of 52 runs in 41 balls.