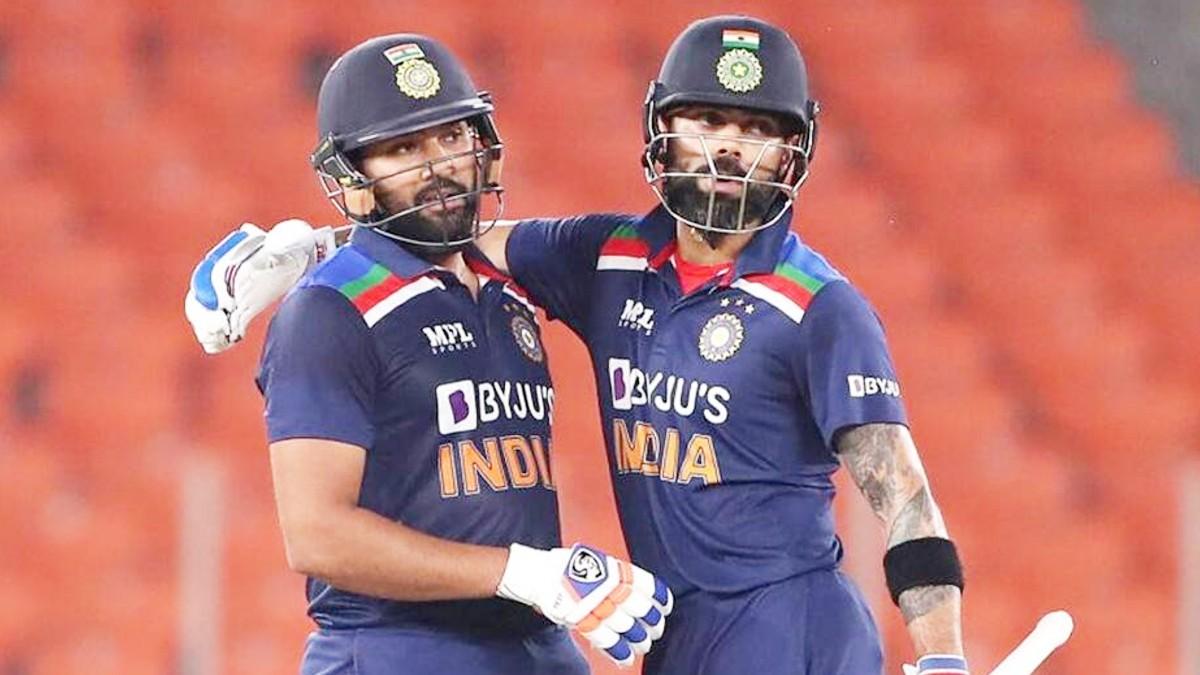 The three T20 series between Team India and West Indies is being played at the Eden Gardens in Kolkata. The Indian team won the first match by 6 wickets and took a 1-0 lead in the series. Now the second T20 between the two teams will be played on 18 February. This match is very special for Indian captain Rohit Sharma and former captain Virat Kohli.

Actually, the race to score the most runs in T20 International is going on between three players. It also includes Rohit and Kohli. For the time being, Martin Guptill of New Zealand remains on top in this race. In the second Test against West Indies, Rohit and Kohli have a chance to become the top scorer, leaving Martin Guptill behind.

Rohit is just 7 runs behind Kohli

At present, Guptill is at the top with 3299 runs in 112 T20Is. He is followed by Virat Kohli, who scored 3244 runs in 96 matches. Rohit Sharma is just 7 runs behind Kohli. In this way, in the second match against the Windies, Rohit has a chance to leave behind both Kohli and Guptill. Whereas Kohli has to beat only Guptill. Now it has to be seen who wins in the next match.

After these top-3 batsmen, no player has touched the figure of three thousand runs in T20 International. Australian star batsman Aaron Finch is at number four, who has scored 2676 runs in 86 T20s so far. In such a situation, Kohli, Rohit and Guptill have no threat from any fourth at the moment. The race to become the top scorer is between these three batsmen.

Rohit has the upper hand than Kohli

Virat Kohli’s bat seems to be silent for some time now. If we talk about the century, since November 2019, he has not scored a century in all three formats (Test, ODI, T20). Whereas Rohit Sharma had already played a quick innings of 40 runs in 19 balls against West Indies in T20. In such a situation, if we look at the form, then Rohit’s upper hand looks heavy.