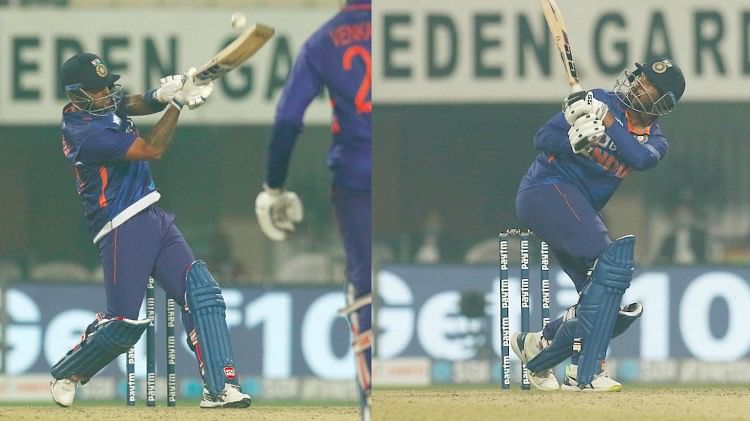 India took a 1-0 lead in the series

India defeated West Indies by six wickets in the first match of the three-match T20I series. With this, he has also taken a 1-0 lead in the series. Batting first after losing the toss, West Indies scored 157 runs for the loss of seven wickets in 20 overs. Nicholas Pooran scored 61 runs in 43 balls. Apart from this, Kyle Myers scored 31 runs and captain Pollard played an unbeaten innings of 24 runs in 19 balls.

Leg spinner Ravi Bishnoi, making his international debut for India, did a wonderful job. He took two wickets for 17 runs in four overs. Ravi took both these wickets in the same over. Apart from this, Harshal also took two wickets. Bhuvneshwar Kumar, Deepak Chahar and Yuzvendra Chahal got one wicket each. Ravi Bishnoi was also given the Player of the Match award.

In reply, India chased down the target in 18.5 overs for the loss of four wickets. Captain Rohit Sharma played a stormy innings of 40 runs in 19 balls. Apart from this, Suryakumar Yadav remained unbeaten on 34 runs in 18 balls and Venkatesh Iyer 24 runs off 13 balls. Venkatesh and Suryakumar shared an unbeaten 48-run partnership off 26 balls. Venkatesh gave victory in the 19th over with a six off the fifth ball of Fabian Allen. Roston Chase got two wickets for West Indies. At the same time, Sheldon Cottrell and Fabian Allen took one wicket each.

A total of 18 T20 matches have been played between India and West Indies so far. Out of this, Team India has won 11 matches and West Indies in six matches. There was no result of one match.

Rishabh Pant, who was the vice-captain of the Indian team in the T20 series, was dismissed for eight runs in eight balls. He was caught by Sheldon Cottrell at short fine leg at the hands of Odeon Smith. Pant has once again lost his wicket by playing a bad shot. He has done this feat many times before.

India scored 120 runs after 15 overs for the loss of four wickets. At present, Suryakumar Yadav is batting on 13 runs and Venkatesh Iyer has scored five runs. India now need 38 runs off 30 balls.

IND vs WI Live: Third blow to India for 95 runs

India have lost three wickets for 95 runs. Virat Kohli was dismissed after scoring 17 runs in 13 balls. He was caught by Fabian Allen at the hands of Kieron Pollard. Virat failed once again. Earlier in the ODI series, he scored 8, 18 and 0 in three matches. Currently, Rishabh Pant is batting on one run and Suryakumar Yadav on eight runs. After 13 overs, India made 103 runs for the loss of three wickets.

IND vs WI Live: Second blow to India at 93

India got the second blow on the total score of 93 runs. In this mega auction, the most expensive seller Ishan Kishan got out after scoring 35 runs in 42 balls. He was caught by Roston Chase at the hands of Fabian Allen. This was Roston’s second wicket. Earlier, he had also dismissed Rohit Sharma. Ishaan has been bought by Mumbai Indians in the mega auction for Rs 15.25 crore. 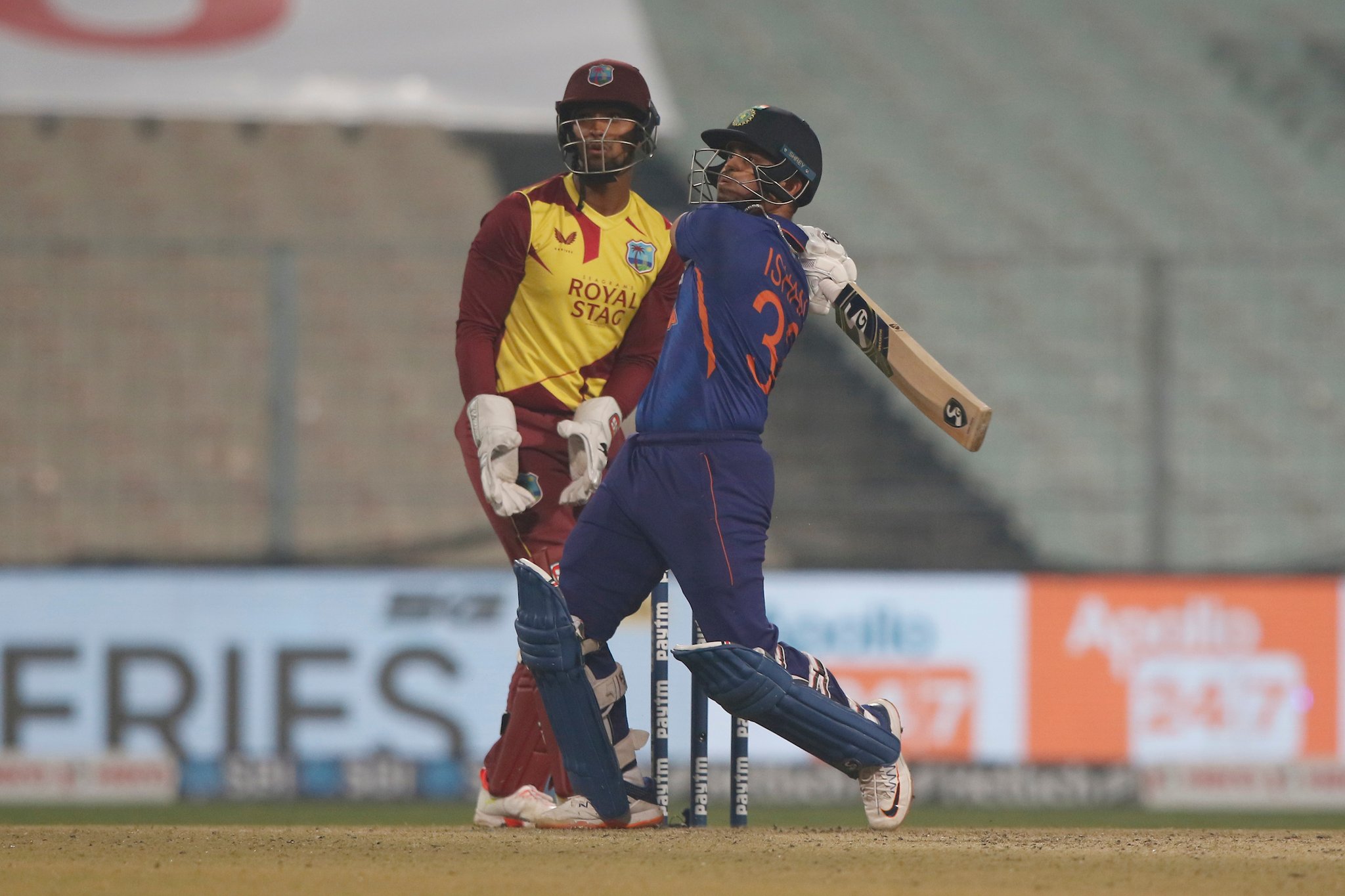 After 10 overs, India scored 80 runs for the loss of one wicket. Currently, Ishan Kishan is batting on 30 runs and Virat Kohli on eight runs. West Indies have given a target of 158 runs.

IND vs WI Live: Rohit Sharma returns to the pavilion

India got the first blow on the total score of 64 runs. Captain Rohit Sharma was dismissed after scoring 40 runs in 19 balls. He hit four fours and three sixes in his innings. Rohit was caught by Roston Chase at the hands of Odeon Smith. Currently, Ishan Kishan is 23 runs and Virat Kohli is present at the crease. 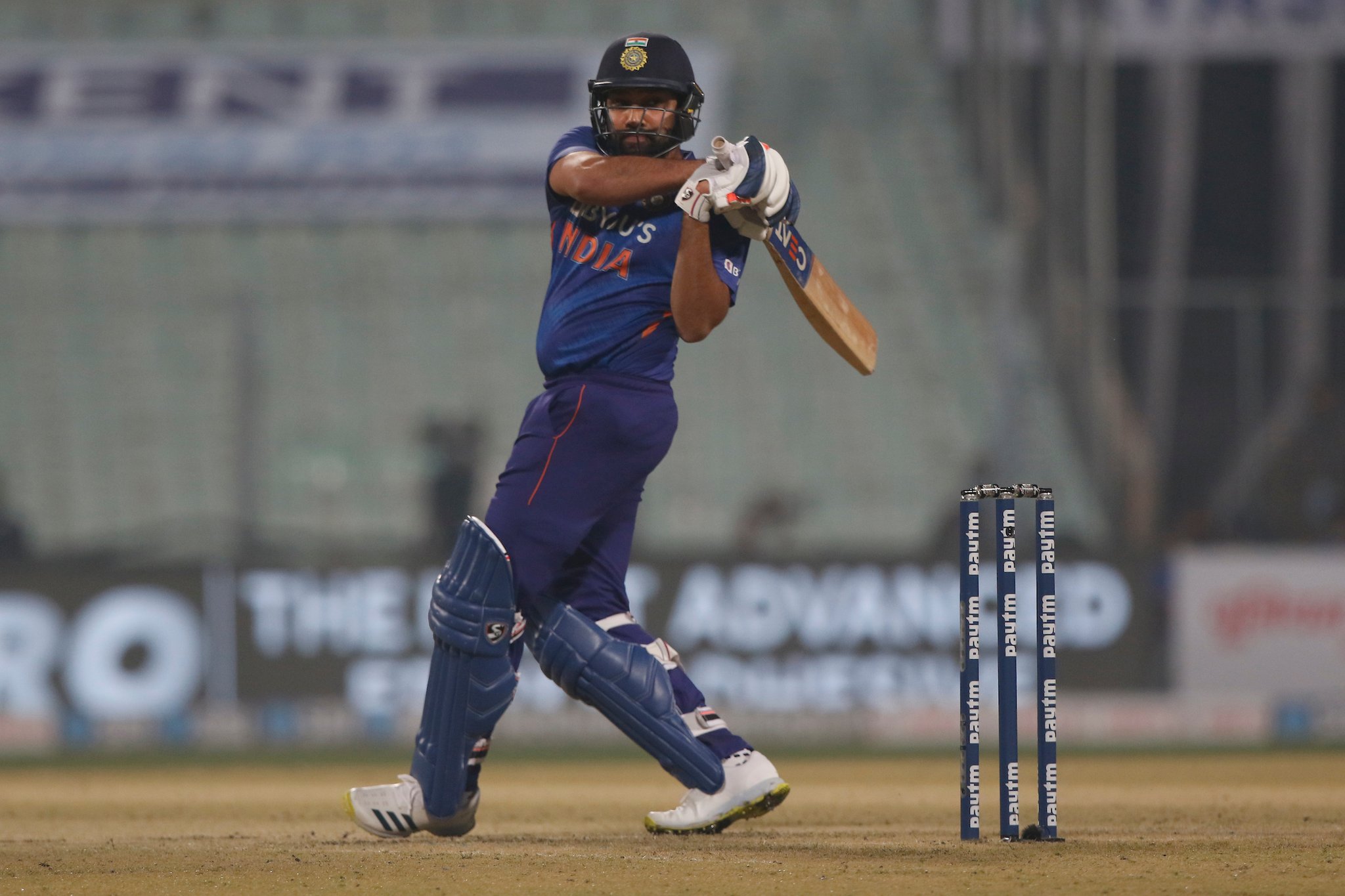 India have scored 57 runs without losing a wicket after five overs. Captain Rohit Sharma is looking in tremendous form. He has scored 38 runs in 15 balls so far. So far he has hit four fours and three sixes. At the same time, Ishan Kishan is batting after scoring 18 runs in 15 balls.

India scored 11 runs after two overs without losing any wicket. Currently, Rohit Sharma is on the field after scoring eight runs and Ishan Kishan three runs. West Indies have set a target of 158 runs in front of India.

IND vs WI Live: Indian openers on the field

Rohit Sharma and Ishan Kishan have come to open for India. Ishan Kishan was the most expensive player in this year’s IPL mega auction. He was bought by Mumbai Indians for Rs 15.25 crore. He will also be seen opening with Rohit for Mumbai.

West Indies have set a target of 158 runs in front of India. Windies scored 157 runs for the loss of seven wickets in 20 overs. Captain Kieron Pollard remained unbeaten on 24 off 19 balls. Odeon Smith was caught on the last ball of the innings. He was caught by Harshal Patel at the hands of Rohit. Nicholas Pooran was dismissed for 61 runs off 43 balls for West Indies.

He took two wickets in the same over. Bishnoi dismissed Roston Chase and Rovman Powell for 17 runs in 4 overs. Apart from this, Harshal also took two wickets. Bhuvneshwar Kumar, Deepak Chahar and Yuzvendra Chahal got one wicket each.

IND vs WI Live: Nicholas Pooran returns to the pavilion

West Indies got the sixth blow after scoring 135 runs. Nicholas Pooran was dismissed for 61 runs off 43 balls. He was caught by Harshal Patel at the hands of Virat Kohli. Currently Kieron Pollard is batting on 16 and Odeon Smith is batting on zero. After 18 overs, West Indies scored 135 runs for the loss of six wickets.

Nicholas Pooran scored his sixth fifty in international T20 cricket. He completed his half-century by hitting a four off Yuzvendra Chahal. West Indies scored 125 runs in 17 overs for the loss of five wickets. Currently, Kieron Pollard is batting on six and Nicholas Pooran has scored 54 runs in 39 balls.

West Indies got the fifth blow on the score of 90. Deepak Chahar caught Aqeel Hossain off his own ball. Aqeel could score 10 runs in 12 balls. Earlier, young leg-spinner Ravi Bishnoi got to see a blast. He took two wickets in the same over in his international debut match. He sent Roston Chase and Rovman Powell to the pavilion. After 15 overs, West Indies scored 96 runs for the loss of five wickets. Currently, Kieron Pollard is batting on one run and Nicholas Pooran 37 runs.

IND vs WI Live: Ravi took two wickets in an over

Ravi Bishnoi, who came to bowl in the 11th over, took two wickets in the same over. He dismissed Roston Chase in the second ball of the over. After this, Rovman Powell was caught by Venkatesh Iyer on the fifth ball. Powell could score two runs in three balls. This is Bishnoi’s international debut match and in this match he has taken two wickets in an over. West Indies scored 78 runs after 12 overs for the loss of four wickets. At present, Akil Hossain is batting on three and Nicholas Pooran scoring 30 runs.

West Indies got the third blow on the score of 72 runs. Roston Chase was dismissed for four runs in 10 balls. He was dismissed lbw by Ravi Bishnoi. It was his first wicket in international cricket.