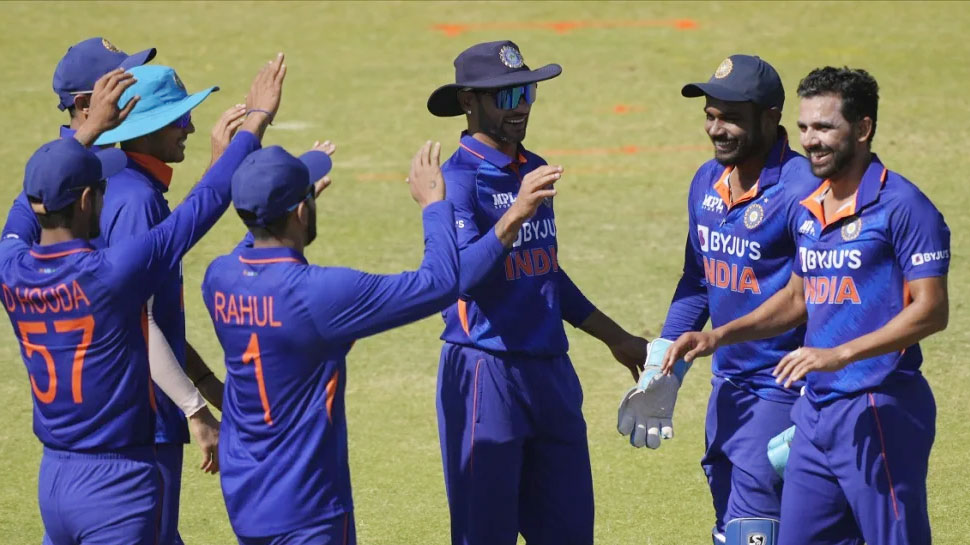 IND vs ZIM 2nd Odi match team india probable playing 11 Ruturaj Gaikwad Shahbaz Ahmed | In the second ODI too, these 2 strong players will be seen sitting on the bench, no one is paying in Team India!

Team India vs Zimbabwe 2nd Odi: The second match of the three-match ODI series between India and Zimbabwe will be played on Saturday (August 20). The first match of the series was played at Harare Sports Club where Team India won the match by 10 wickets. At the same time, the eyes of all the fans are going to be on the playing 11 of the second match. Looking at the game of Indian players in the first match, it seems very difficult to change the playing 11. Two players are also included in the squad of the team, whose place is not visible far and wide in the team.

Difficult to play this batsman

Even in the second ODI against Zimbabwe, playing young batsman Ruturaj Gaikwad is equal to impossible. Ruturaj Gaikwad has been continuously being included in Team India for some time now. He plays in the team as an opener, but in the first match as an opener, Shubman Gill was very successful, while KL Rahul can also open for the team. Being in the playing 11 of these two players, it is very difficult to make a place in the team of Ruturaj Gaikwad.

Waiting for my ODI debut match

Ruturaj Gaikwad has played 9 T20 matches for Team India so far in which he has scored only 135 runs at an average of 16.88 and has scored 1 half-century. At the same time, he has not got a single chance in the ODI format so far. In Team India, Rituraj Gaikwad is seen as a backup opener, but this place is now seen by Shubman Gill. He played an unbeaten 82 off 72 balls in the first match itself and proved to be a big match winner for the team.

Joined in place of Washington Sundar