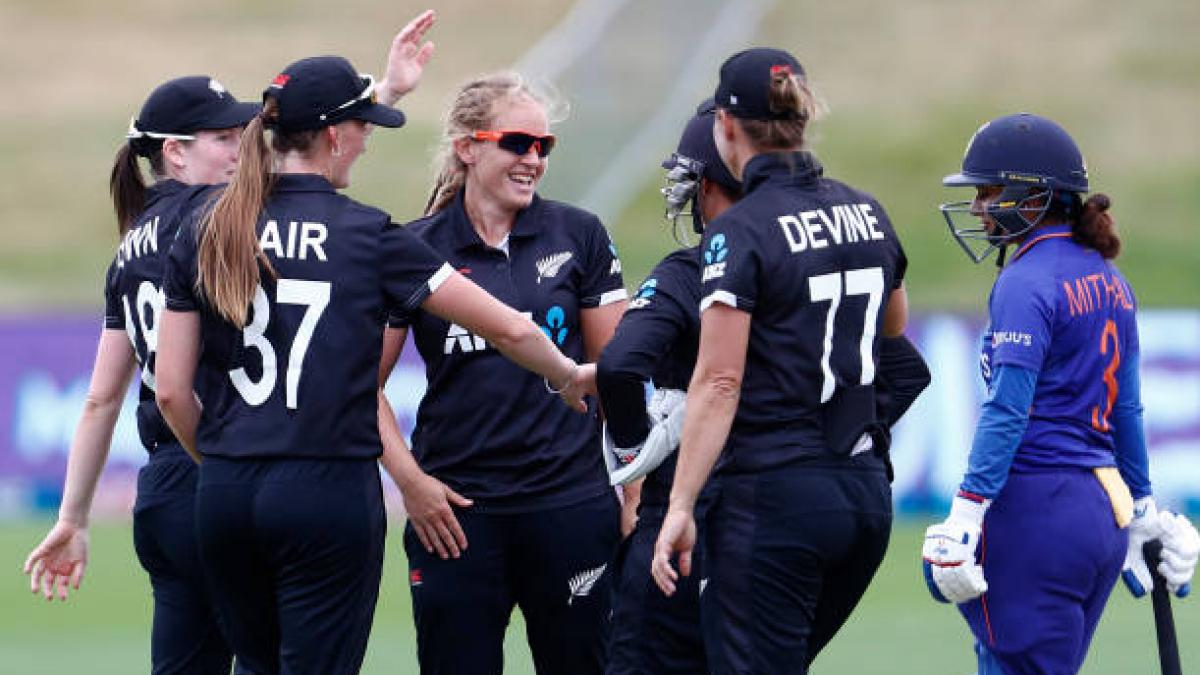 In the third ODI between India and New Zealand, New Zealand won the toss and sent India to bat first. Taking advantage of this opportunity, Team India made a brisk start. Shefali Verma and S.K. for Team India. Meghna made a century partnership in 13 overs. Shefali Verma scored 51 runs in 57 balls and Meghna scored 61 runs in 41 balls. After which Deepti Sharma (69) scored another half-century in the middle order and managed to take Team India’s score to 279 runs.

Indian bowlers also got a great start, but the lower order of the Kiwi team gave a tremendous competition to the Indian team. India sent both the opening batsmen back to the pavilion in the first 3 overs. Jhulan Goswami dismissed Sophie Devine for zero and Suzy Bates on a personal score of 5. After which Amy Kerr (67) and Amy Satterthwaite (59) took over New Zealand’s innings with a century partnership. Jhulan Goswami took 3 wickets.

In the lower order also, Katie Martin and Frances McKay partnered with Lauren Down to strengthen New Zealand. Katie scored 35 and McKay scored 17 runs. Lauren Down did not let the pressure of falling wickets on the Kiwi team increase by scoring 64 runs in 52 balls. He batted brilliantly in the last over to give New Zealand a series win against India. He also ended the match with a six.