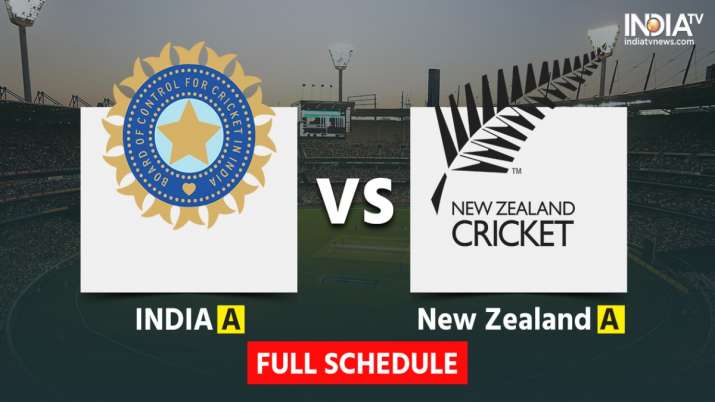 IND A vs NZ A Series, New Zealand have selected their squad for three four-day matches and three one-day matches on their tour of India in September. Although the Indian team has not been announced yet. For the tour of India, New Zealand announced a strong ‘A’ team, in which there are seven players who have also played at the international level. This is the first time since 2018 that New Zealand’s A team will be playing overseas. The last time New Zealand A played against Pakistan in the United Arab Emirates (UAE) was four years ago.

On this tour of India, New Zealand’s A team will play three four-day matches and three one-day matches in Bengaluru and Chennai. The New Zealand A team last toured India in 2017. In addition to the international players, there are five new players in the 15-man squad, with Chad Bowes, Matt Fischer, Ben Lister, Robbie O’Donnell and Joe Walker playing for the first time. Tom Bruce and O’Donnell have been named joint captains. The team will leave for India on 26 August. New Zealand selector Gavin Larsen said in a statement: “It’s a good return to tour A teams and what could be better than playing overseas. This will give players the experience of playing in different conditions.

Who can get a chance for India?

The Indian team has not been announced for this tour of New Zealand’s A team. But there are hopes that Prithvi Shaw, who captained Mumbai in Ranji, can be handed the captaincy of the Indian A team for this series. Apart from them, players like Rajat Patidar, Sarfaraz Khan, Umran Malik, Shahbaz Ahmed, Rahul Tripathi are almost sure to get a chance in this series. Along with this, Cheteshwar Pujara, who stunned in the Royal London Cup on England’s soil in ODI cricket, can also be remembered.

New Zealand A and India A match schedule