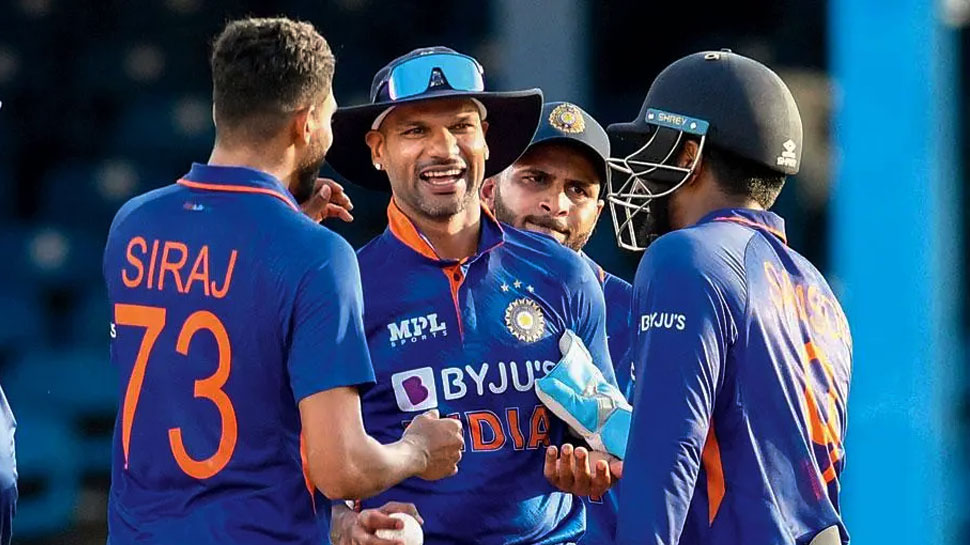 india vs south africa 2nd odi match probable playing 11 and weather report | Ind vs SA: Bad news for Indian fans before the second ODI, the match may be canceled due to this big reason

India vs South Africa 2nd ODI Match: The second match of the ODI series between India and South Africa (IND vs SA) is to be held on Sunday 09 October. This match will be played at JSCA International Stadium Complex Ranchi. The clouds of crisis have started hovering over this match. Before this match, bad news has come out for the fans. Before the second T20 match between India and South Africa to be held here on Sunday, the clouds over the sky have increased the tension of the fans.

Match can be canceled due to this big reason

The match to be played at JSCA International Stadium Complex Ranchi may get canceled due to heavy rain. Team India last played against Australia in March 2019 in Ranchi. The Meteorological Department has forecast that there may be rain in the second part of the day on Sunday. Apart from this, 90 percent moisture can remain. In such a situation, it rains intermittently, which can become a hindrance in the match.

The first match of the series was also affected

Keep an eye on Indian bowlers

In the first match, the performance of the bowlers of Team India was very poor. In this match, South Africa, batting first after losing the toss, scored 249 runs in 40 overs. For South Africa, half-centuries were played by David Miller (75 not out) and Heinrich Klaasen (74 not out). In response to this target, Team India could only score 240 runs in 40 overs for the loss of 9 wickets.

This player joined in place of Deepak Chahar

Previous Have you seen such cheap smartphones, you will get delivery sitting at home
Next Saba Azad: Hrithik Roshan’s girlfriend Saba Azad hit two targets with one arrow, the band played like a ‘baap-daughter’