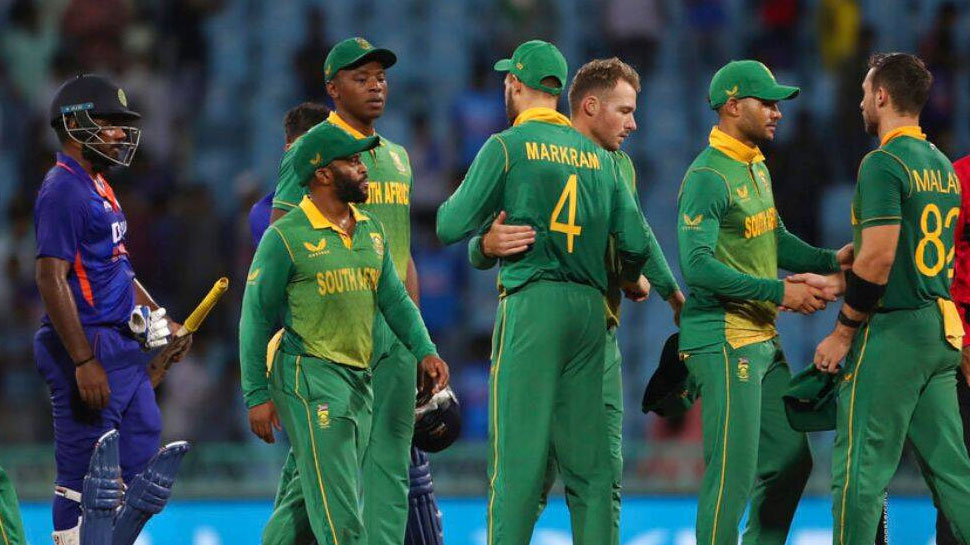 India vs South Africa 2nd Odi Match: India’s B team is playing in the three-match ODI series being played against South Africa. Terming the Shikhar Dhawan-led Indian team as world class, South African left-arm spinner Keshav Maharaj said that India has enough talent to field four to five international teams at a time. However, in the first match played between the two teams, Team India had to face defeat.

Captain Rohit Sharma-led Indian team is in Australia for the upcoming T20 World Cup, due to which India’s alternate players are taking part in the ongoing three-match ODI series against South Africa. Keshav Maharaj said before the second ODI, ‘I would not call it a second level Indian team. India has so much talent that they can field four-five international teams. Many players of the team play in IPL and they also have international experience. These players are going to be great performers.

The Indian team had to face defeat by 9 runs in the opening ODI of the three-match series on Thursday. At the same time, the visiting team led by Temba Bavuma lost the T20 series 1-2 at the start of the tour. Maharaj said, ‘It is always good to do well against India. Obviously, you want to prepare yourself. They have a world class batting order. Tabrez Shamsi, the world’s top bowler in T20 rankings, scored a lot of runs in Lucknow. In the first ODI, he gave 89 runs in eight overs and took one wicket. Maharaj defended the left-arm spinner, saying, ‘I don’t think it was a bad day for him. Statistics don’t tell you the way someone bowls.

2nd ODI match will be played in Ranchi

The second match of the series will be played in Ranchi, the hometown of former India captain Mahendra Singh Dhoni and when Maharaj was asked about the legendary wicket-keeper batsman, he said that he would love to interact with the legendary player. Maharaj said, ‘I never got a chance to play with him. But I would love to interact with them. He is a best player especially from the leadership point of view. He remains very calm on the field. You can learn a lot from him.

Previous Google Pixel 7 Got Stock Out After Some Hours Of Pre Order On Flipkart Know Full Details Here
Next The strapless dress of this actress slipped in front of the camera, handled like this in a hurry, the video went viral