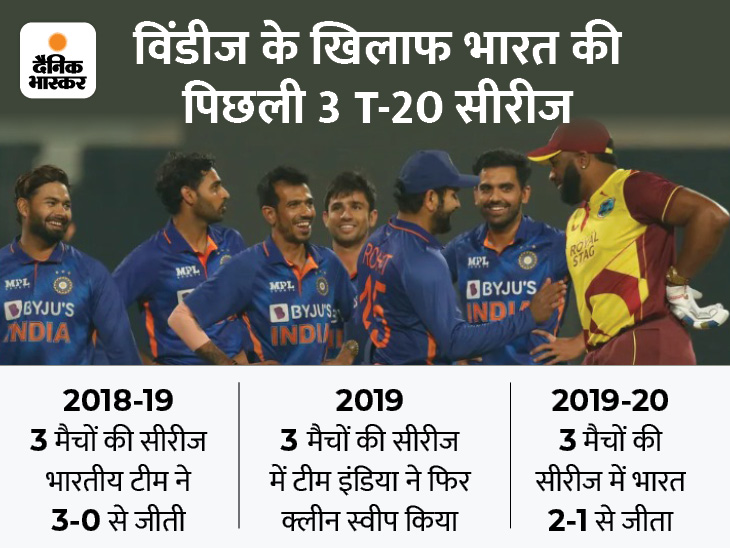 The second match of the 3-match T20 series between India and West Indies will be played on Friday. After winning the first match by 6 wickets, Team India’s eyes will be on winning the second match and capturing the series. At the same time, it will be like a do or die match for the Windies.

Team India has a chance to match Pakistan
Indian team has won 7 consecutive T20 matches. If the team also wins the second match against West Indies, then this will be the 8th consecutive win for the Man in Blue in this format. The world record for winning the most consecutive matches in T20 International is recorded in the name of Afghanistan (12). Apart from the Afghan team, associate team Romania has also won 12 matches in a row.

Honor fight for Pollard’s team
West Indies have played four matches on this tour so far and the team has faced defeat in all. Even in the ODI series, the team looked completely scattered. The bowlers of the team have nevertheless taken wickets from time to time, but the batsmen have failed to score big scores so far. If the Windies have to make a comeback in the series, then in the second match, every department of the game will have to show vigorous play.