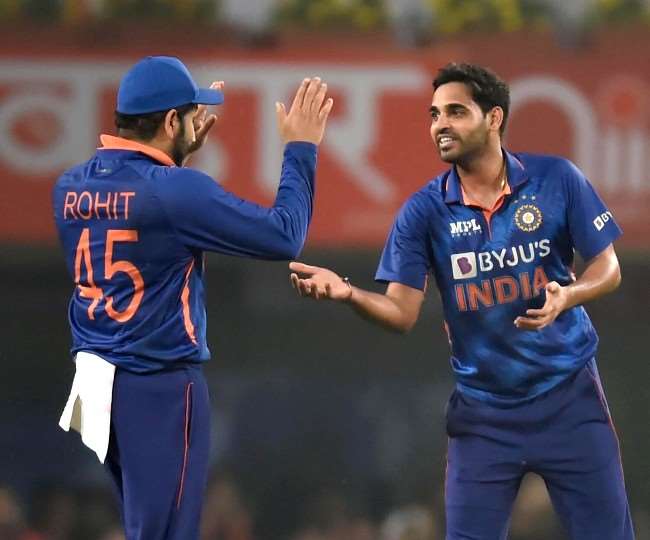 India vs West Indies team’s experienced bowler Bhuvneshwar Kumar finally turned the match in India’s favor with simple bowling. Rohit praised her fiercely and responded to the critics. India beat West Indies in 2nd T20I to take an unassailable 2-0 lead in the series

When you play against these West Indies power hitters, you are always a little scared. The game we showed in the end was amazing. From the very beginning, we had an idea that it was not going to be easy. But I am proud that we have been able to execute our plan very well under pressure. When Bhuvneshwar Kumar bowled those overs were very important of the match.

Rohit made it clear that criticism does not make any difference to the players of the team. Experienced player always comes in handy for the team if he plays well under pressure. Rohit said, this is the time when actually the experience you have comes in handy. Bhuvi has been doing this work well for many years and we trust him a lot for this thing.

West Indies captain Kieron Pollard praised Powell and Nicholas Pooran for their innings. The captain said, he played very well today. His partnership with Pooran almost took the match out of our hands. I am happy with the performance of these players. The ball was moving and there were good bowlers in front of them. You need to give credit to these batsmen too.