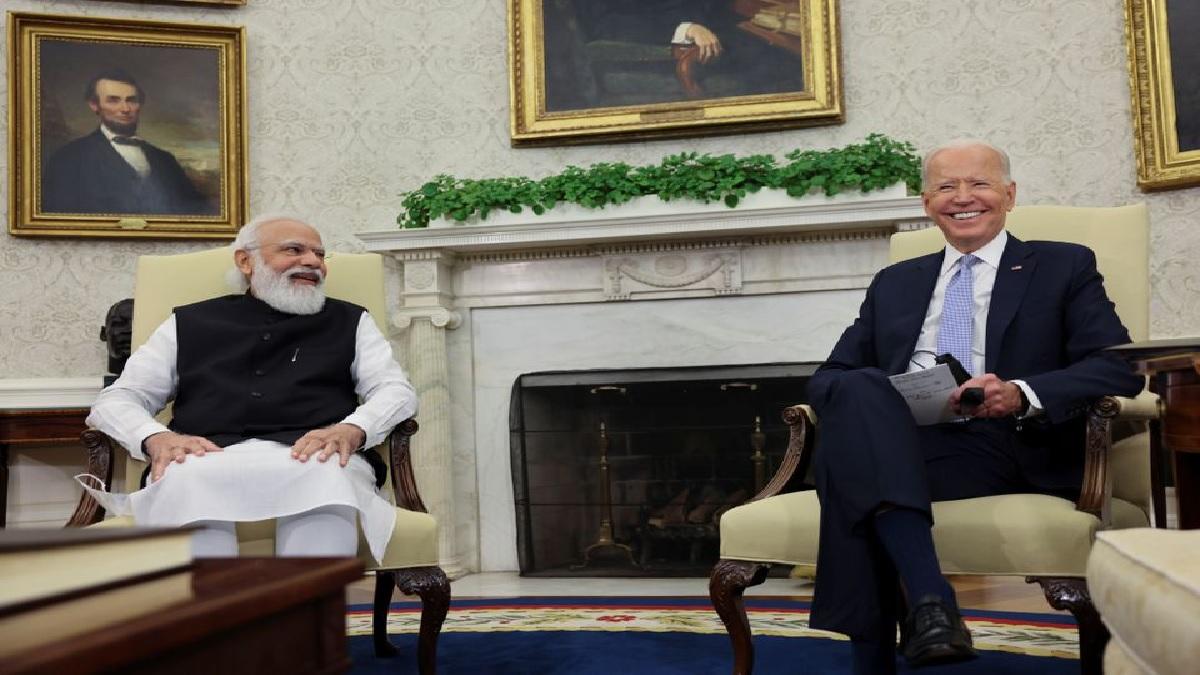 The US has expressed the hope that India will stand with the US and not support Russia in the event of Russia’s attack on Ukraine. On the one hand, where Russia is claiming that some of its soldiers are returning after finishing war exercises from the border of Ukraine, on the other hand, America says that this claim of Russia is false and instead of reducing troops, Russia has crossed the border of Ukraine. But 7 thousand additional soldiers have been deployed.

Now America hopes that if Russia attacks Ukraine, then India will support America. According to a report in news agency PTI, US State Department spokesman Ned Price said on Wednesday that Russia and Ukraine were discussed during the recently concluded Quad ministerial meeting in Melbourne, which included the foreign ministers of Australia, India, Japan and the US. Were.

He said there was a strong consensus among the countries involved in the meeting that a diplomatic and peaceful solution to the Ukraine crisis was needed.

In a reference to China’s aggressive behavior against its neighbours, including India, he said, “Big countries cannot threaten small countries.” Any country has the right to choose its foreign policy, partner, alliance, group. These principles apply equally to the Indo-Pacific region as they are to Europe.

China claims almost all of the disputed South China Sea. Taiwan, the Philippines, Brunei, Malaysia and Vietnam also claim parts of it. Beijing has built artificial islands and military installations in the South China Sea.

Price said that during the Quad meeting, US Secretary of State Antony Blinken and India’s Secretary of State S Jaishankar discussed defense issues. But when he was asked about the ban on India under CAATSA, he appeared to refrain from answering.

Actually, America had brought a law CAATSA in the year 2017. Under this law, the US takes action against countries that make defense and intelligence deals with Russia. When Price was questioned about this, he said, ‘We discussed the broader defense relationship but I do not want to go further than that.’

In October 2018, India signed a USD 5 billion defense deal with Russia to buy five S-400 missile systems, despite warnings from the Trump administration about sanctions.

In 2019, India had given the first tranche of about US $ 800 million to Russia for the missile system. The S-400 is touted as Russia’s most advanced long-range surface-to-air missile defense system.

America does not trust Russia’s claim

A day before Ned Price’s statement, US Secretary of State Blinken said that the US was exploring all avenues for a peaceful solution to the Russian crisis. Referring to his statement, Price said, “But our efforts will only be effective if Russia is ready to back down.”

While Russia is claiming that it is withdrawing some of its troops from the Ukrainian border, according to a senior US administration official, Western countries have found that Russia has deployed 7 thousand additional troops on the border. Is.

Regarding this, Price said, ‘We have not found evidence related to the return of Russian soldiers. The truth is that we have seen the opposite in recent times. Russian forces have not decreased but have increased and they are moving forward for war. This is a matter of deep concern.

Russia has repeatedly denied that it has plans to attack Ukraine. But he cannot even accept the fact of Ukraine joining NATO.