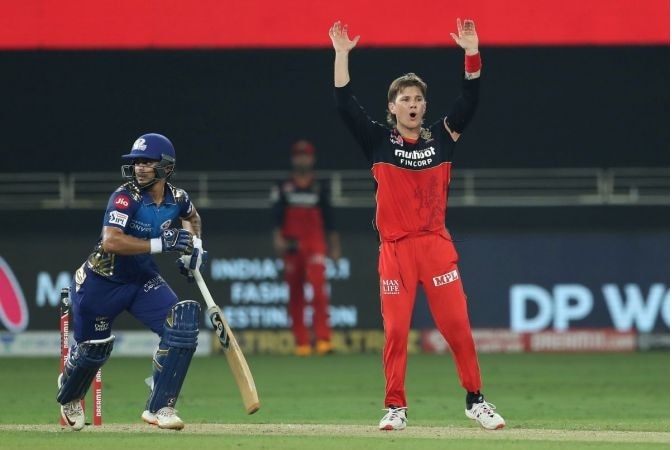 The mega auction for the Indian Premier League (IPL) 2022 was held in Bengaluru on February 12 and 13. The luck of many players shone, and there were many players on whom no franchise had bid. Australian spinner Adam Zampa was a part of IPL till last year and used to play for Royal Challengers Bangalore. But this time no team bought him in the mega auction, due to which he is very disappointed.

Adam Zampa was confident that some franchise would bet on him and he would be able to collect big money but it did not happen and Zampa remained unsold.

Australian leg-spinner Adam Zampa, who went unsold in the IPL 2022 auction, is upset that he could not find a buyer. Adam Zampa was part of the world-winning Australia team of the T20 World Cup held in the United Arab Emirates last year.

He believes that finding foreign spinners in the T20 league is a difficult task. Finding a spinner whose bowling style has no aerial secrets. Adam Zampa had set his base price at Rs 2 crore in the IPL Mega Auction, but he was not bought by any of the franchises in the 2-day auction.

Left out in the middle of the last IPL season

In the Indian Premier League (IPL) 2022 auction, there were many players who could not find any buyer. Similar Australian players Adam Zampa and Kane Richardson were also not bought by any franchise. Both these players were part of Royal Challengers Bangalore last season. Due to Kovid-19, the first season of IPL was held in two phases.

The first phase was played in India but due to the increase in Kovid-19 cases in India, the IPL was shifted to UAE and its second phase was played in UAE. For the second leg of the IPL last season, it was doubtful whether Australia would allow any travelers to travel outside the country, due to which Adam Zampa and Kane Richardson could not attend the second leg of the IPL.

Very few foreign spinners in IPL
Adam Zampa on not being bought in IPL mega auction: I am very disappointed with this thing, as an overseas spinner it is very tough especially when you are a specialist spinner and such spinners in T20 league Very few are found. The way the mega auction happened, they spent a lot of money on the fast bowlers, a lot of money was spent on the all-rounders too.

This time the batsmen did not get good money like they get. Teams have spent all the money in the mega auction, then thinks that now we need some spinners and usually then they go to the local spinners because those people can also do fine.

Zampa hopes to play IPL next year
Adam Zampa further told that based on the way he is bowling at present, he may be bought by some IPL franchise next year and he can prove to be a valuable player. I think maybe next year I get a chance in the IPL and I can prove to be a valuable option for any franchise. Zampa has played 14 IPL matches and has taken 21 wickets in the league at an average of 17.62.