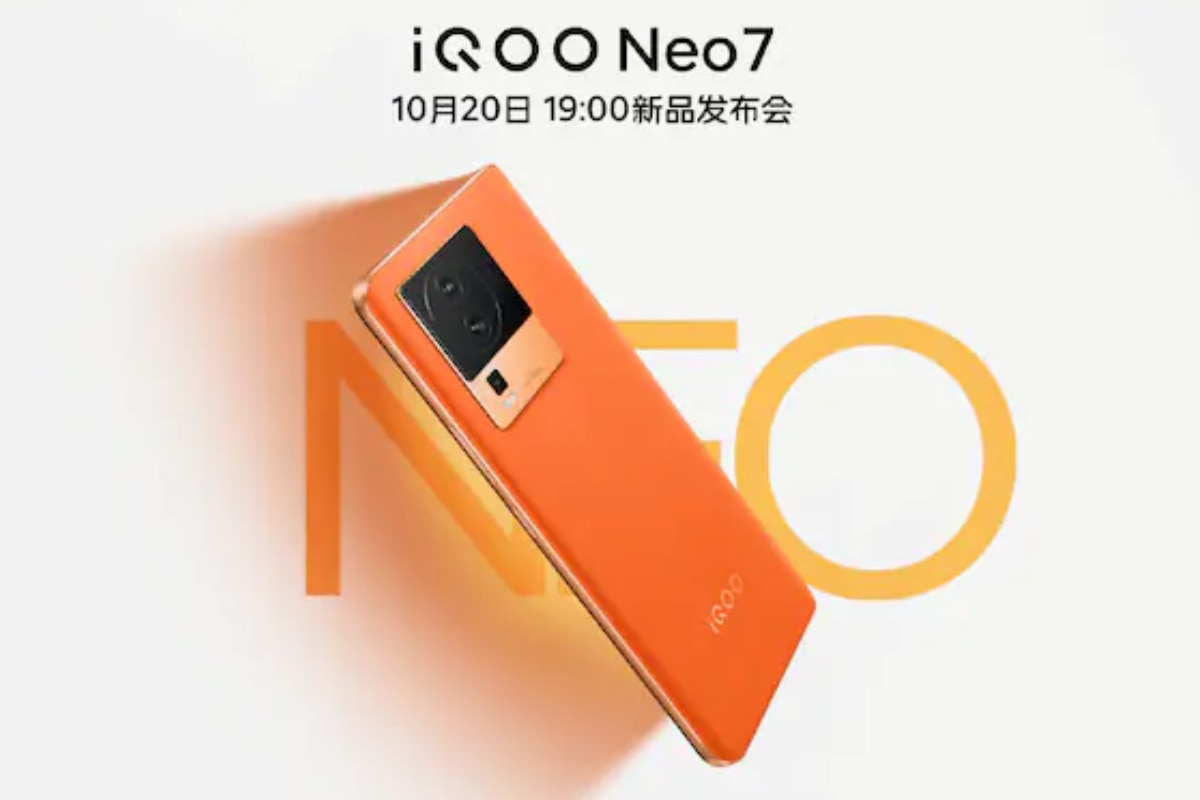 iQoo Neo 7 will be launched on October 20, you can get these awesome features

iQoo’s smartphone Neo 7 (iQoo Neo 7) will be launched in China on October 20. This phone will be the successor of iQoo Neo 6. Apart from this, no information related to this phone has been revealed. However, according to the leak, it is being said that this phone will be equipped with MediaTek’s Dimensity 9000+ chipset.Also Read – This new phone, battery and features coming in the market to steal hearts are so strong that they will buy it only

This phone can be equipped with 120W fast charging. Iku says that this phone of his will be launched on October 20 at 7 pm (4:30 night according to Indian time). The pre-booking of the phone will also start on the same day of launch. Also Read – Two powerful smartphones of iQOO launched with 16GB RAM and 5000mAh battery, know the details here

iQoo phone is a sub-brand of Vivo. The surfaced picture shows that the rear panel in the iQoo Neo 7 is similar to that of the iQoo Neo 6. Triple camera setup and LED flash will be given in iQoo Neo 7. A 50-megapixel Sony main camera can be given in this. Also Read – iQoo Neo 5S, iQoo Neo 5 SE Smartphone Launched with 12GB RAM, Know Price and Specifications

This smartphone can come with 8 GB RAM and 256 GB storage. However, make it clear to you that no information related to the specification of this phone has been given by the company yet. According to the leak, a full HD + display with 120Hz refresh rate can be given in the phone.

Previous America expressed displeasure over corruption in flood relief aid in Pakistan, scolded the Shahbaz Sharif government fiercely
Next Can you spot all 6 hidden words in this prismatic picture puzzle? Your Time Starts Now!