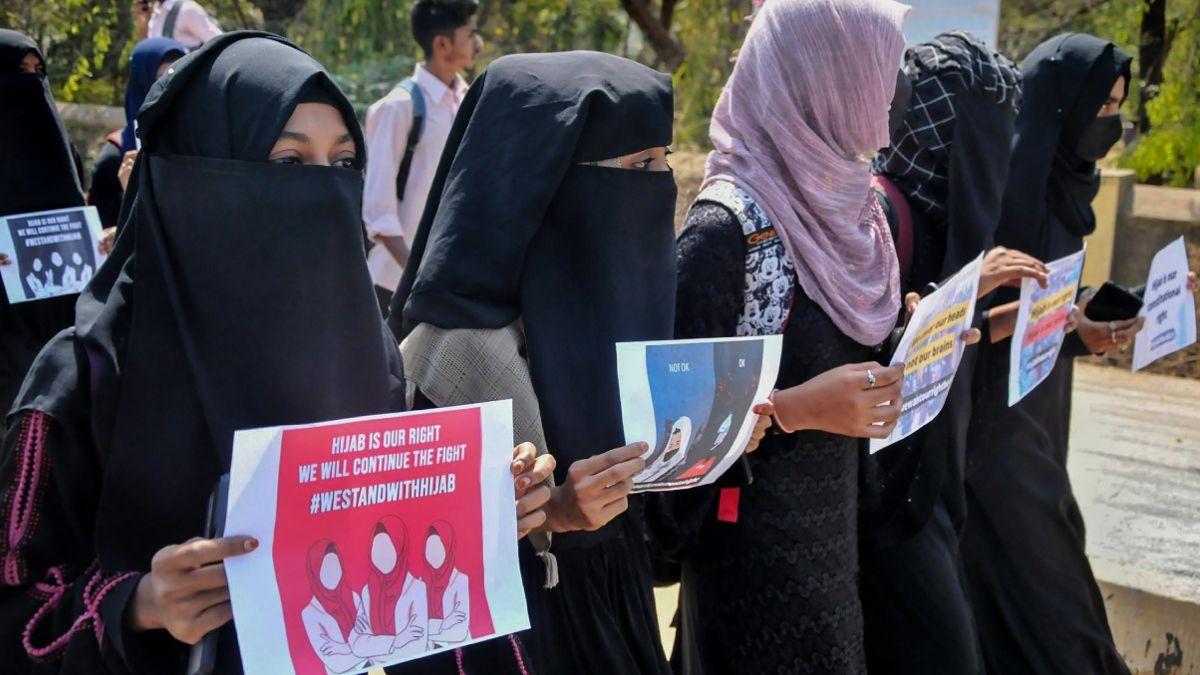 A two-judge bench in the Supreme Court on Thursday gave a different verdict on the famous hijab controversy in Karnataka. The two judges included in the bench, Justice Hemant Gupta and Justice Sudhanshu Dhulia, did not appear to agree on this issue. Where Justice Hemant Gupta, while dismissing the petitions filed against the hijab ban, upheld the ban on hijab. At the same time, Justice Sudhanshu Dhulia quashed the order of the Karnataka High Court to continue the ban. In such a situation, now this matter will be sent to the Chief Justice, he will hand it over to a larger bench.

Controversy over hijab will continue

What is the whole controversy?

The controversy over the hijab in Karnataka started in December 2021-January 2022. In a government college in Udupi, Karnataka, 6 girl students took admission in the college wearing hijab. The college administration had forbidden the girl students to wear the hijab, but they came wearing it nonetheless. After this, the girls had registered a protest against the college administration by holding a press conference. After this, the controversy started from Karnataka to the whole country regarding the hijab. Demonstrations were held in schools in support and against the hijab.

What was the decision of the High Court?

Meanwhile, on February 5, the Karnataka government had decided to make uniforms mandatory in schools and colleges. After this some girl students moved the High Court. The girls had filed petitions in the High Court demanding the removal of the ban on hijab. But the High Court dismissed all the petitions, refusing to stay the decision to ban the hijab in educational institutions. The court said in its decision that hijab is not an essential part of Islam.

Many petitions were filed in the Supreme Court challenging this decision of the High Court. The Supreme Court bench of Justice Hemant Gupta and Justice Sudhanshu Dhulia had reserved the verdict on September 22 after a marathon hearing of 10 days.