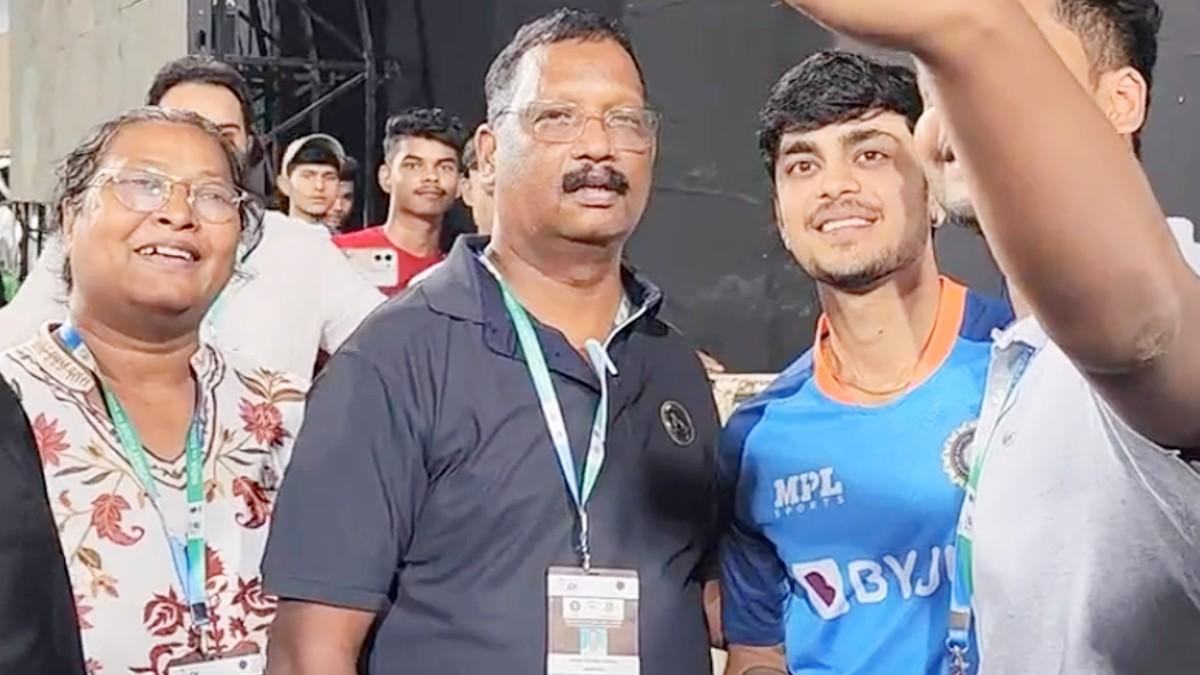 On the home ground, the fans had demanded a century from Ishaan, but he missed to fulfill it. In the match, Ishaan played a brilliant innings of 93 runs in 84 balls. During this, Ishaan also hit 7 sixes and 4 fours. In this second ODI match of the series, Ishaan’s strike rate was 110.71.

After the match, 24-year-old Ishaan was surrounded by domestic fans. During this, an aunt was also found, who seemed to be a very close acquaintance of Ishaan. She told the Indian player that I used to say break the glass of my house. Looks like it will break now. After this, Ishaan says that when Auntie is feeding food at her house.

The video of Ishaan meeting the fans has been shared by BCCI itself. It is shown in the video that Ishaan joins those aunts and touches their feet. Auntie asks when will you come next time. Meanwhile, Ishaan also finds a person who is a Jabra fan to Shardul Thakur. He also gave a card to Ishaan, which read – Shardul Thakur 54 (Heart emoji).

Ishaan missed fulfilling the demand of the fans

After the match, Ishan Kishan said, ‘This is my home ground. Here the fans came to see me and the match. During fielding, the fans demanded me to score a century. Unfortunately I missed, but I am very happy because my team has won. Maybe in the next match I will be able to give my best and get the team to win again.

Ishaan said, ‘I have played a lot of matches in Ranchi. It becomes difficult to bat here sometimes, especially for the new batsmen, it is not easy to score runs. This was also the reason why we were playing watching the ball. Didn’t want to play bad shots. We wanted to put pressure on the opposition team. Our positivity helped a lot in this.

In response, the Indian team achieved the target by losing three wickets in 45.5 overs and won the match by 7 wickets. Shreyas Iyer scored an unbeaten 113 while batting brilliantly. This was only the second century of his One Day International career, while Ishan Kishan contributed 93 runs. Now the last match of the series is to be played on 11 October in Delhi.