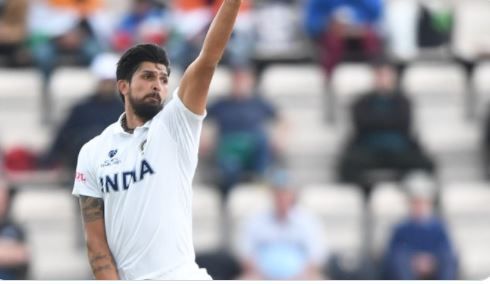 Ishant Sharma will play domestic T20 tournament for Delhi, Nitish Rana will be the captain

Syed Mushtaq Ali Trophy 2022-23 : Delhi team has announced its squad for the upcoming Mushtaq Ali Trophy season. The special thing is that in this team, the Indian team’s Test bowler Ishant Sharma (Ishant Sharma) has returned. After a long time, Ishant will be seen playing in this tournament. Ishant was last seen in international cricket in November last year. At that time he was given a chance during New Zealand’s tour of India. Ishant was not bought by any team during the IPL this year.Also Read – Syed Mushtaq Ali Trophy: Rahane named T20 captain of Mumbai, this mighty IPL star also a part of the team

Mushtaq Ali Trophy 2022-23 is going to start from October 11. Apart from Ishant Sharma, Nitish Rana is also included in this team. Nitish plays for Kolkata Knight Riders in IPL. He has been made the captain of this team. Yash Dhul, the captain of the Under-19 World Cup winning team, is also a part of this team. Also Read – Due to IPL, the way to make a place in Team India became more difficult: Nitish Rana