itel A27 4G Smartphone | Cheap 4G smartphone itel A27 launched in India, know all the details 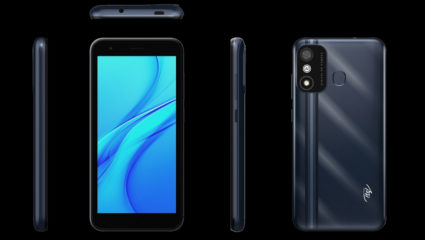 Itel A27 smartphone has a large 5.45 inch display. The display of the phone will come with FW + IPS support. For better performance, the octa-core 1.4GHz processor has been given in the smartphone. This phone works on Android 11 based (Go Edition) operating system. The space of the phone can be increased up to 128 GB with the help of microSD card. The phone comes with dual 4G SIM support.

A single 5 megapixel AI rear camera has been given on the rear panel of itel A27 smartphone, which will come with flash support. While the phone has a 2 megapixel front camera for selfie and video calls. The phone has a variety of camera modes such as AI Beauty Mode, Portrait Mode, HDR Mode, Short Video, AR Filters and Stickers.

Itel A27 smartphone has a 4,000mAh battery for power backup. It has face unlock and fingerprint sensor for security. On the purchase of itel A27, the phone will come with accessories such as a cross adapter, USB cable, screen film, user manual and warranty card along with a protective card.

Previous Sameera Reddy Lost 10 Kg In A Year, You Can Also Take Tips From Her Weight Loss Transformation
Next IPL 2022, Mega Auction: ‘I am not over yet, if…’, Amit Mishra wrote heartwarming message for parth jindal after going unsold at mega auction tspo