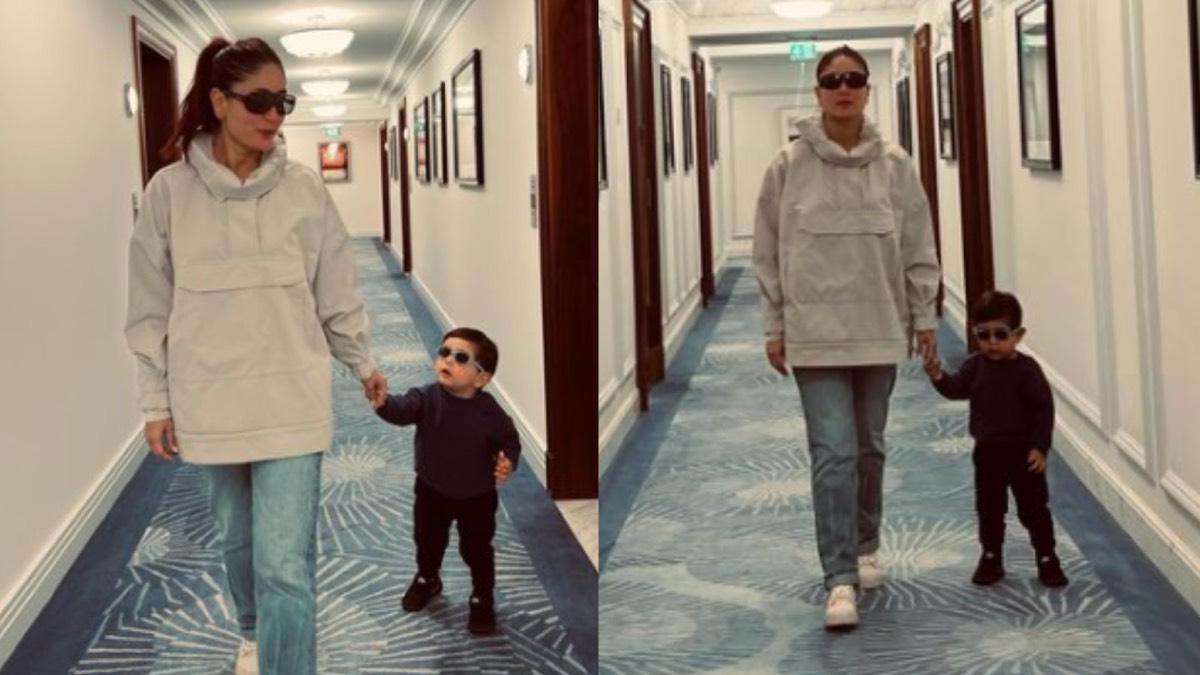 Jeh baba went to work holding the hand of mom Kareena Kapoor, fans were in awe of swag

Bollywood actress has gone to London nowadays. He has started shooting for his next film. She has taken Jeh with her for this project. Kareena Kapoor Khan has shared some photos from the hotel room, in which Jeh Baba is seen holding the finger of Mummy Kareena. Jeh is also flaunting his swag-filled look quite well. Wearing black shoes, black sunglasses and black sweater. At the same time, Kareena Kapoor is wearing a gray hoodie and blue jeans. The hair is tied up. Fans are getting quite impressed after seeing this cuteness filled pair of mother-son.

Kareena shared photos
Sharing the photos, Kareena Kapoor wrote in the caption that I am going to work with my boy. But before that both of us are posing. Jeh baba let’s go to work. Along with this, Kareena has also created a red heart emoji. Alia Bhatt, Karisma Kapoor and Amrita Arora have showered love by commenting on these photos of Kareena. Both have also been called superstars.

Kareena Kapoor currently has many projects on which she is working. In London, Kareena is shooting for Hansal Mehta’s crime thriller film. Earlier, Kareena Kapoor shared some of her pictures from the forest, in which she was seen wearing an oversize heavy long jacket. It is getting very cold in London right now. Recently, Kareena had told about the film that she will be seen in a very simple look in it. Kareena had said that I am in the role of a detective and a cop in the film. It’s different for me, because audiences have seen me in glamorous roles, but it’s going to be a completely different experience for me.

Some time ago Kareena Kapoor Khan was seen in Aamir Khan’s film ‘Lal Singh Chaddha’. In this film, Mona Singh played the role of Aamir Khan’s mother. Mona was also trolled a lot about her character. At the same time, people liked Kareena Kapoor. This film of Aamir Khan could not show anything amazing at the box office. A few days ago it was released on the OTT platform Netflix. Kareena Kapoor Khan returned from Darjeeling last month after shooting for a film. In this, Vijay Verma is also going to be seen on screen with Kareena.