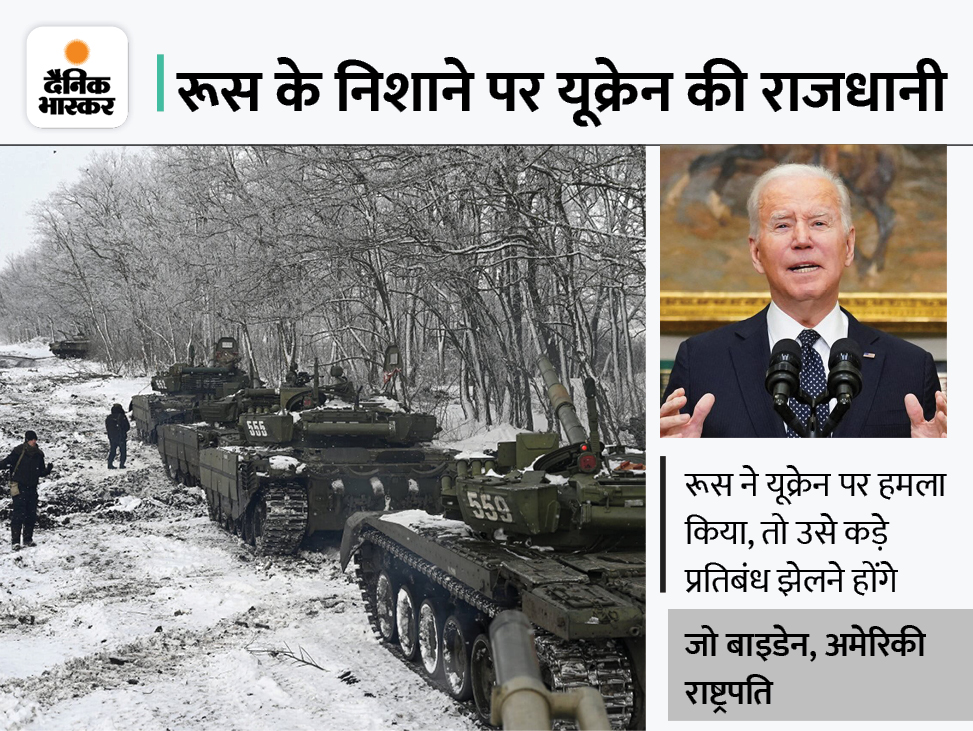 Biden said that Russia’s military planned to target Kiev, the capital of Ukraine, first. He said that 2.8 million people live in Kiev and that in the event of a Russian attack, their lives would be in danger.

Biden has advised Russia to find a solution through dialogue.

Attack on gas pipeline in Ukraine
Here, a gas pipeline exploded in Luhansk, Ukraine, the video of which is becoming increasingly viral. After the attack, Ukraine’s emergency department has asked people to stay at home. At the same time, Russia has alleged that Ukraine is plotting to spread unrest. According to the report of Russian news agency Riya Navosti, the gas pipeline was damaged in the attack by Ukrainian separatists.

If attacked, strict sanctions will be imposed
Biden warned Russia, saying, ‘There is still time, Putin comes to the negotiating table and resolves this dispute.’ Biden said that if Russia attacks Ukraine, it will face severe economic sanctions. He has also accused Russia of spreading false information and misleading people.

A school was attacked in Ukraine on Thursday, in which three teachers were injured.

Economic crisis deepens in Ukraine
After the deployment of Russian troops on the border, while the threat of war is looming on Ukraine, the economic crisis in the country has also started deepening. According to the report, the situation in the real estate and airlines sector in Ukraine has started deteriorating. At the same time, the export business has also come to a standstill due to the war-like situation.

Russia increased 50,000 troops: US
The US claimed on Friday that Russia has increased about 50,000 troops along the Ukrainian border during the last one month. At present, there are about two lakh Russian soldiers stationed on the border of Ukraine. The US says Russia falsely claimed last week that it was reducing its troops along the Ukrainian border.