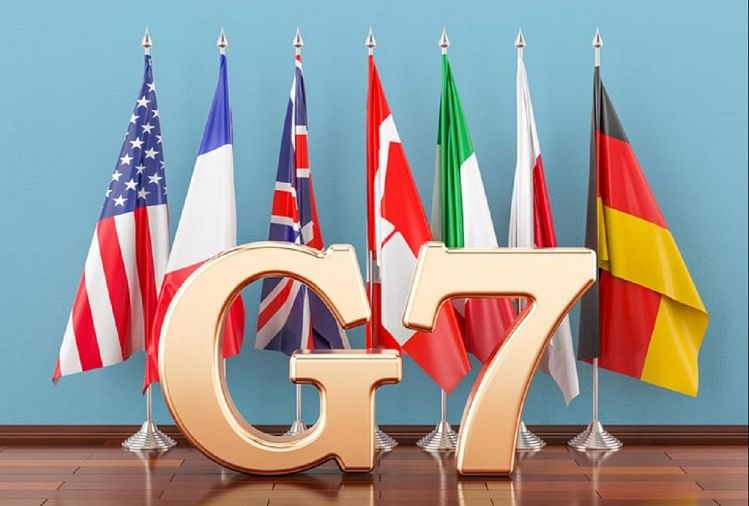 The G7 foreign ministers issued a joint statement on Saturday on the ongoing standoff between Russia and Ukraine. The joint statement said that “we are deeply concerned about Russia’s threatening military build-up around Ukraine, the illegal occupation of Crimea and in Belarus. A challenge to the international order.”

The joint statement further said that “we will fully comply with international commitments from Russia, including choosing the path of diplomacy, reducing tensions, adequately withdrawing military forces from the borders of Ukraine, and reducing the risk of military activity and transparency.” calls upon to comply.” G-7 foreign ministers warned Moscow of “massive consequences” for any further aggression against Ukraine.

The G7 countries include Canada, France, Germany, Italy, Japan, the United Kingdom and the United States, along with high representatives of the European Union. The joint statement said that “While we stand ready to seek diplomatic solutions to address legitimate security concerns, Russia should have no doubt that any military offensive against Ukraine will have large-scale consequences, including The sanctions will cover a wide range of regional and individual targets, as well as financial and economic sanctions that will severely and unprecedentedly affect the Russian economy.

“As a first step, we expect Russia to implement the declared reduction of its military activities along Ukraine’s borders. We have not seen any evidence of this reduction. We expect Russia to recognize its actions,” the statement said. Will judge by.”

The foreign ministers said that the path of diplomacy should be adopted. “We took note of Russia’s latest announcements that it is ready to engage diplomatically. We look forward to advancing dialogue on issues of mutual concern, such as European security, risk reduction, transparency, confidence-building and arms control.” We underline our commitment to Russia.”

They reiterated their commitment to finding a peaceful and diplomatic solution to the current crisis and urged Russia to offer dialogue through the US-Russia Strategic Strategic Strategic Dialogue, the NATO-Russia Council and the European Organization for Security and Cooperation (OSCE). Talking about the OSCE European Security Dialogue, he said, “We appreciate the renewed OSCE European Security Dialogue initiated by the OSCE President-in-Office and we look forward to Russia’s involvement in a constructive manner.”

The ministers said, “Reiterating our unwavering commitment to uphold the sovereignty and territorial integrity of Ukraine within internationally recognized borders and territorial waters. We reaffirm the right of any sovereign state to determine its future and to make security arrangements.” We affirm. We appreciate Ukraine’s posture of restraint in the face of continued provocation and destabilization efforts.”