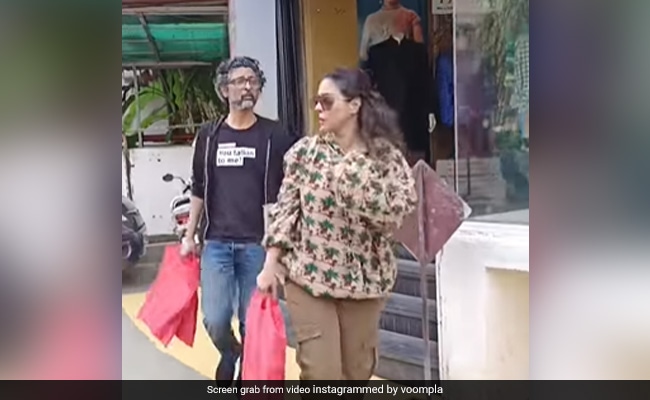 Being a celebrity has its advantages and disadvantages. Celebs are constantly in the public eye and whatever they do, they always make headlines. Along with name and fame, fans also keep a close watch on the behavior of their favorite celebrity. This is the reason why celebrities who are seen meeting people in a simple way. Fans shower love on them. But those who show unnecessary attitude, they also have to face the displeasure of the fans. Something similar happened recently with Bollywood actress Kajol. Kajol’s video is becoming increasingly viral on social media these days, in which her rude behavior is passing people by exasperation and that is why she is also telling her lies.

Bollywood actress Kajol is one of the most loved celebrities of B-town. He has entertained everyone with films like Baazigar, Dilwale Dulhania Le Jayenge, Kuch Kuch Hota Hai and My Name is Khan. But at times, despite being a bubbly girl, Kajol has to face trolling because of her attitude and behavior. Once again something similar has happened. A video of Kajol is making headlines on social media these days, in which her behavior with the paparazzi is not going down the throat of the fans. In this video, Kajol is seen walking out of a showroom. The photographer and camera person are waiting for them, but Kajol turns her eyes on seeing them. In a very rude style, Kajol is seen asking him to move away. After this, Kajol leaves in the car and leaves. Seeing this video, the displeasure among the fans is clearly visible and they are also slandering Kajol for her behavior.

This arrogant behavior video of Kajol has been shared by Woopla with her official Insta handle. While sharing the video, it is written in the caption, ‘Move please thank you, Kajol after shopping in Juhu today.’ The anger in the netizens is clearly visible after watching this video. One user wrote on the comment box, ‘Why do you cover such a rude person.’ Another wrote on the comment box, ‘Follow a common man better than following such an arrogant celeb.’