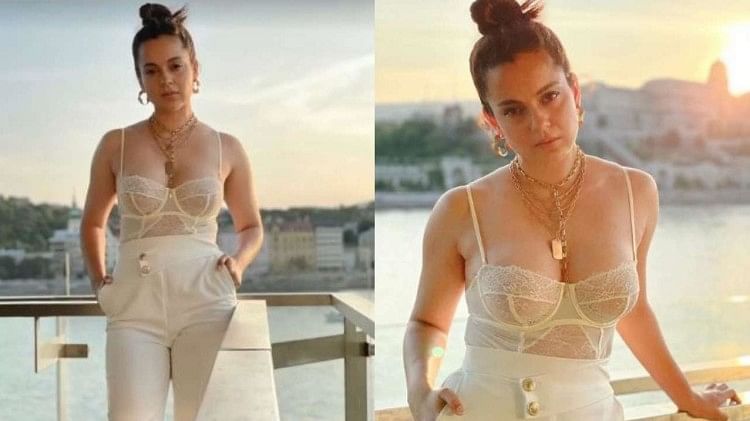 Bollywood actress Kangana Ranaut is often in the news for her controversial statements. The actress, who has her opinion on almost every issue, is once again in the headlines for her views and outspokenness. In fact, the actress recently shared her views on women’s right to dress as per their wish. The actress has recently given a befitting reply to the trolls by giving her opinion on this issue through social media.

Actually, Kangana shared a picture of herself on Instagram, in which she was seen wishing Rajneesh Ghai on his birthday. Sharing the picture, he wrote – Happy Birthday Chief Rajneesh Bhai. In this photo, Kangana was seen in a sleeveless transparent top and matching trousers. Although the actress started getting trolled for her look, after which she also gave a befitting reply to the trolls by sharing some more pictures of her in the same outfit.

Bollywood Fans: These Hollywood superstars are fans of Bollywood, want to work in films with these stars

Sharing the picture, she wrote in the caption – Just want to emphasize that what a woman should wear and what not is completely her choice. It has nothing to do with you. Not only this, while sharing another picture, she wrote that I think I have told my point, so now I can go to office. Let us tell you that Kangana often keeps her opinion openly on every issue. Because of this, she has to be a victim of criticism many times, but in spite of this, she expresses her opinion with impunity.

Vikram Vedha: Hrithik’s fans also disappointed after ‘Vikram Vedha’ flopped, these five big reasons why the film did not run