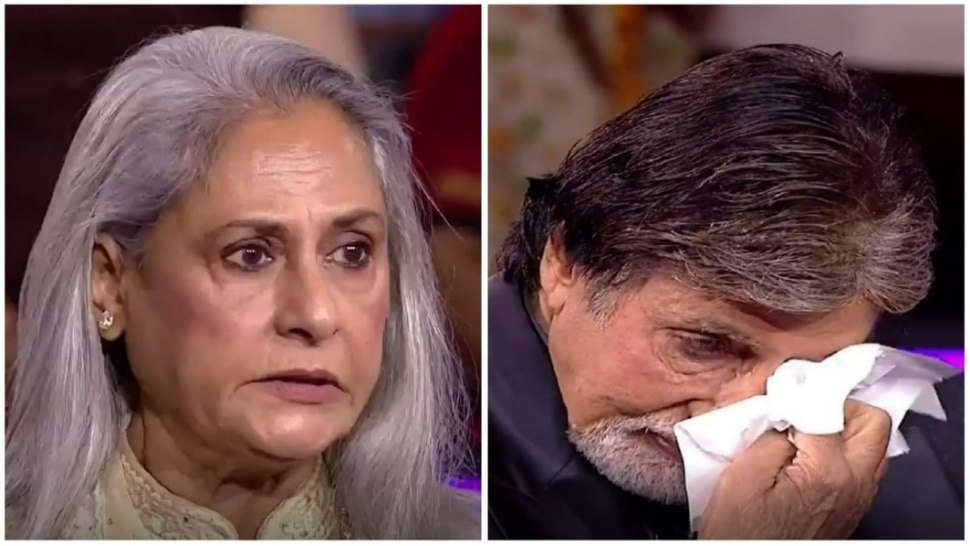 Amitabh Bachchan And Jaya Bachchan: Bollywood megastar Amitabh Bachchan will turn 80 on October 11. His wife Jaya Bachchan and son Abhishek Bachchan will grace the show in the special episode of ‘Kaun Banega Crorepati 14’ birthday. The mother-son duo will take the hot seat. Both of them will be seen having some interesting conversations with the host and reminiscing some moments from the past.

The show will begin with Abhishek’s entry and later, after taking the hotseat, he will welcome Jaya saying: “Rishtey mein jo hamari maa laggi hai.” After this, Jaya will enter the show in a white embroidered suit. As soon as the two hug each other, Big B will be in touch in an instant.”

In the latest promo, it is shown that during the conversation, Jaya says something that makes the host’s eyes moist and she can be seen wiping her tears with a tissue paper. However, it is not yet clear what exactly she says.

In another promo of the special episode of Big B’s birthday, Big B can be seen asking questions to the contestants and was taken aback by the sound of the hooter. He said, “Very quick finish khel ko” and then his line from his popular song ‘Kabhi kabhi mere dil mein khayal aata hai’ plays in the background and he hugs Abhishek Bachchan. This makes him emotional. Let us tell you that ‘KBC 14’ airs on Sony Entertainment Television.