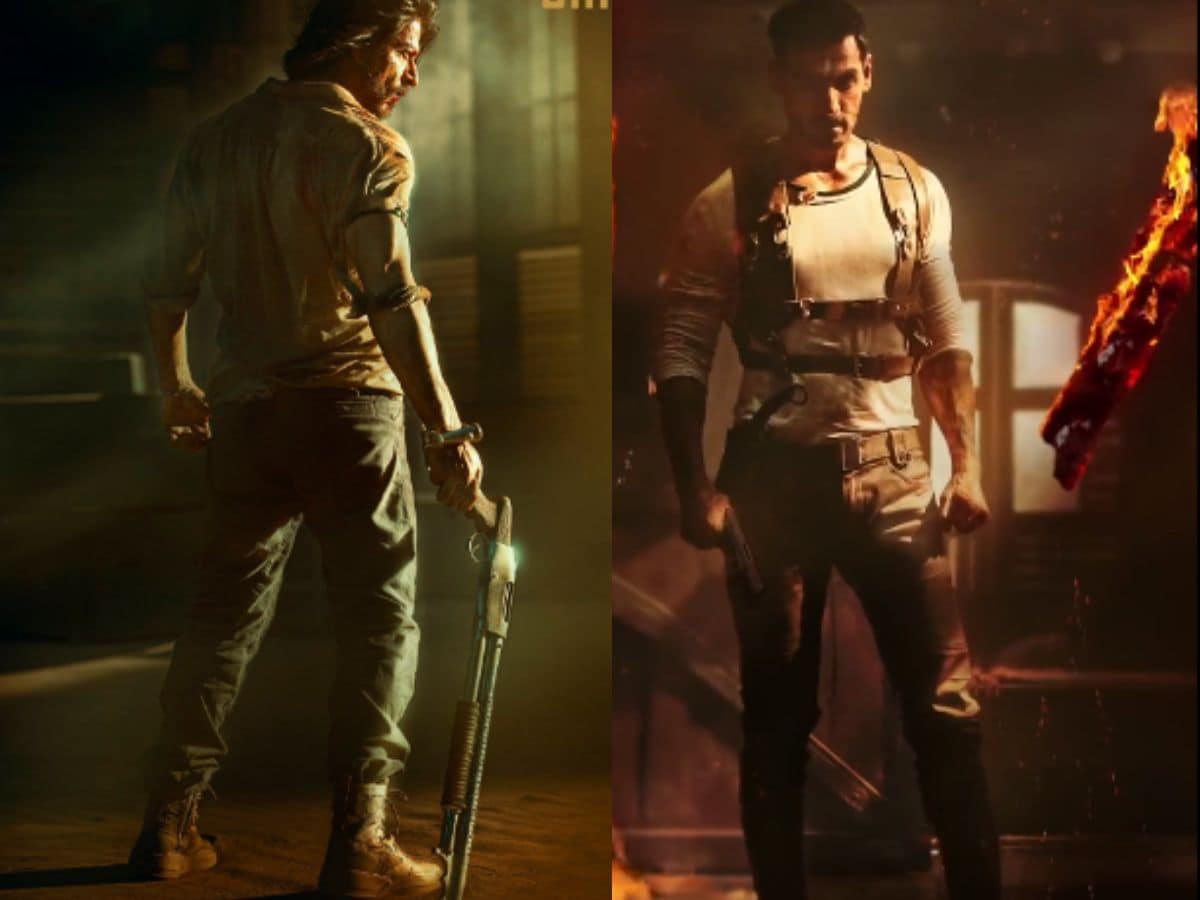 ‘KGF and Baahubali’s father is the teaser of Shah Rukh Khan’s Pathan’, Censor Board member Umair Sandhu tweeted and claimed

Bollywood superstar Shah Rukh Khan is in the news these days for his upcoming film ‘Pathan’. His fans also have no place for happiness. Yes why not? After five years, King Khan is going to entertain the fans on the screen. Accordingly, you can also call this Shahrukh’s comeback film.

If we talk about the cast seen in the film, then Deepika Padukone will be seen in this film opposite Shahrukh. At the same time, John Abraham is also in the lead role in the film. In such a situation, the fans are eagerly waiting for this film. Now the first review of Pathan’s teaser has also come out, which has been given by Umair Sandhu. Fans are giving mixed reactions on the tweet made by Umair. 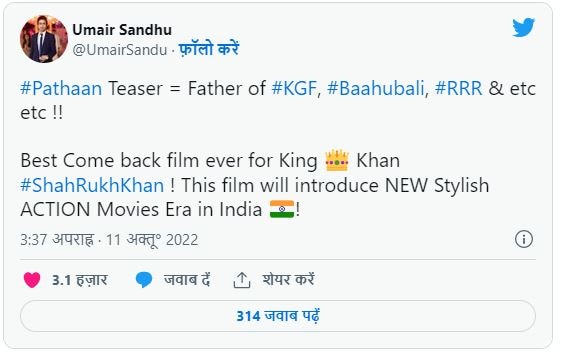 Umair Sandhu’s tweet
Actually, the teaser of this most awaited film of Shahrukh has been reviewed by Overseas Censor Board member Umair Sandhu. Reviewing his tweet, Umair wrote, ‘Pathan’s teaser…. He is the father of films like KGF, Baahubali and RRR. This is the best film for Shahrukh to return to the screen. This film will mark the beginning of the stylish action era in India. Let us tell you that this tweet of Umair Sandhu is becoming quite viral on social media, fans are also giving mixed reaction on this review.

Netizens’ reaction
On this tweet of Umair, where fans are expressing their reaction openly in support of Shahrukh, there are some users who have also been trolled by saying that Umair has given wrong tweets and wrong reviews. If the reports are to be believed, then there is some news that till now the teaser has not reached the censor board, so how can anyone review it without seeing it. It is also being said in the reports that the censor board does not have the freedom to react on social media before the release.

‘Pathan’ release date
If we talk about the release of Shahrukh Khan’s much awaited film Pathan, then this film is ready for release in theaters on 25 January 2023. Pathan is a Pan India film, which is going to be released not only in Hindi but also in Tamil and Telugu languages. The director of the film will be headed by Siddharth Anand, who had earlier directed films like War and Bang Bang.

Previous Roger Binny 1983 World Cup Hero In Line To Become Next BCCI President Know Who Is Roger Binny
Next Cryopreservation: 199 people kept in liquid nitrogen so that they can be alive again in the future – 199 humans will live in future thier bodies and heads cryopreserved for future revival tstr