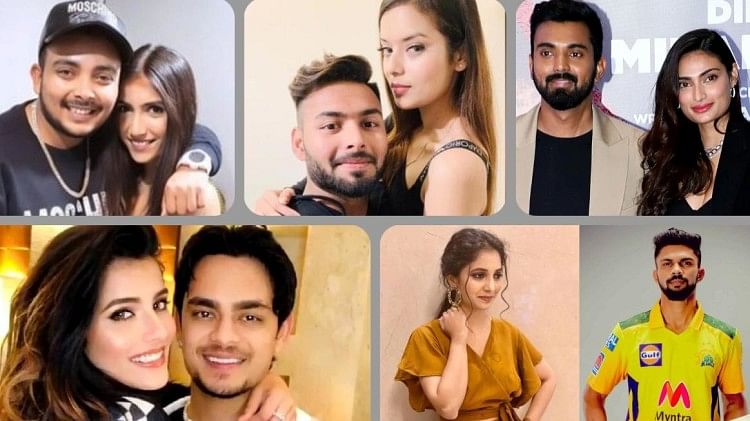 Ishan Kishan, who captained the Indian team in the 2016 Under-19 World Cup, is the highest selling player in the IPL 2022 Mega Auction. The Mumbai team bought him for a price of 15.25 crores. After Kishan, Deepak Chahar is the second most expensive player to be sold in this auction. The team of Chennai has bought him for a price of 14 crores. The personal life of these players, who earn a lot of money in IPL, is also wonderful. While Ishaan Kishan is dating a model, Deepak Chahar has proposed to his girlfriend in front of him.

Ishaan Kishan’s girlfriend Aditi Hundia hails from Jaipur, Rajasthan. She had participated in Miss Rajasthan contest in 2016. She came second in this competition. In 2017 she won the title of Femina Miss India Rajasthan. In the same year, Aditi was included in the top-15 contestant in FBB Colors Femina Miss India. She also won the title of Miss Supernatural in 2018. Ishaan and Aditi are dating each other for a long time and may also tie the knot in the coming time.

Deepak Chahar’s girlfriend Jaya Bhardwaj is sold in IPL Mega Auction for 14 crores. Deepak proposed Jaya in the stadium itself after the IPL match last year. Jaya works in a private company. His brother Siddharth Bhardwaj has been a part of Bigg Boss. Deepak and Jaya may tie the knot this year.

Everyone knows about the Indian team’s wicket-keeper batsman Rishabh Pant and his girlfriend Isha Negi. Both Isha and Rishabh are residents of Uttarakhand. Isha did her early studies from Convent of Jesus and Mary School, Dehradun. After this he did BA English Honors from Amity University. She is an entrepreneur and interior decor designer. Isha has a great interest in fashion and literature.