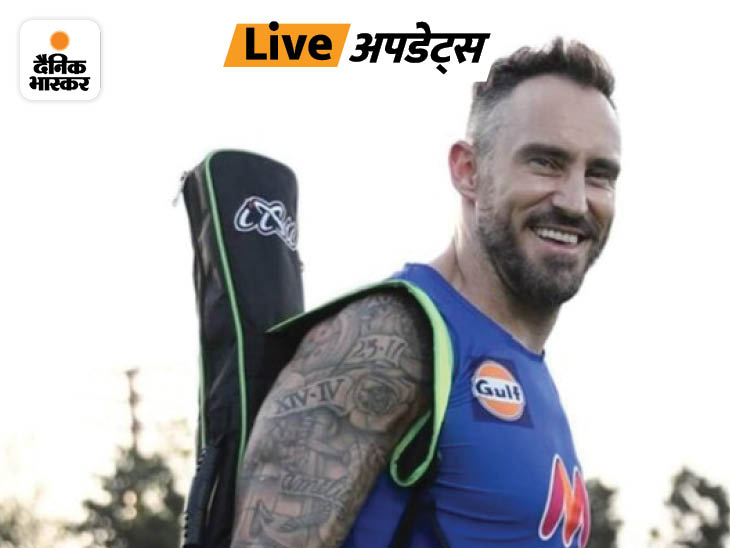 Royce Challengers Bangalore can make Faf du Plessis the new captain of the team. According to media reports, an RCB source issued a statement saying – We were waiting for clarification on Maxwell’s availability. Now, it is certain that he will not play in the first few matches, so Faf could be the right option for us. RCB bought him for 7 crores in IPL Mega Auction.

Raina broke Dhoni’s trust
Former cricketer and commentator Simon Doole has given a big reason for not buying Suresh Raina. Simon Doole said that there could be two or three big reasons for this. The first is that Suresh Raina lost his integrity towards the team in the UAE during the 2020 season. However, there is no need to talk much on this. This could also be the main reason for all this. He lost his sincerity and trust towards the team and Mahendra Singh Dhoni. Once this happens, then it becomes extremely difficult to return to the team.

Harshal took 32 wickets in 15 matches at an average of 14.34 in the last IPL. He also became the highest wicket-taker Indian bowler in a season of IPL.

Question raised on selling expensive in IPL, scored 61 runs against India
West Indies batsman Nicholas Pooran proved that Sunrisers Hyderabad did not bet wrong on him in the first T20 match against India by scoring 61 runs off 43 balls. Sunrisers Hyderabad has roped in Pooran for Rs 10.75 crore. He was one of the most expensive foreign players sold in this auction. Not only this, he also became the most expensive West Indies player to be sold in the auction.

However, questions were raised on this amount received by Pooran, as he was part of Punjab Kings last season and could only score 85 runs in 12 matches. In such a situation, the decision of the franchises started to be questioned due to the big bid on him, but this Windies batsman answered it by playing a good innings in the first T20 match against India.