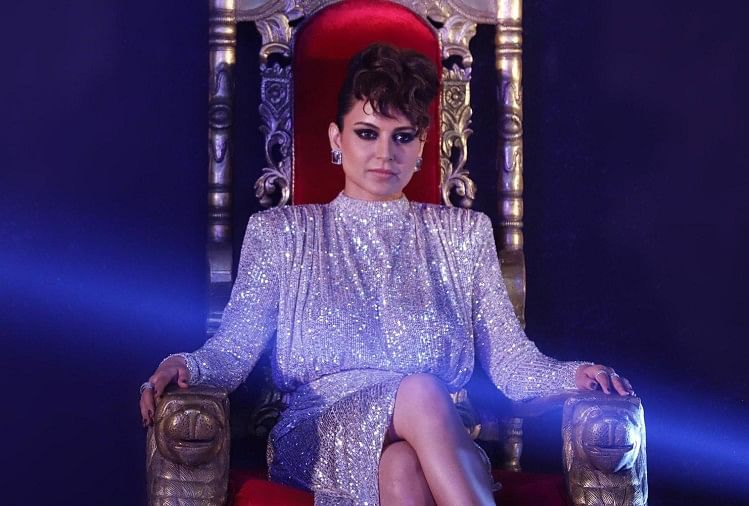 Kangana Ranaut is known for her controversial statements. She is often seen commenting on some special people of Bollywood in interviews. In her recent interview, Kangana once again seems to be attacking. Kangana told reporters during the promotion of her upcoming reality show ‘Lockup’ that she never cared for the big daddy of Bollywood. After this statement of his, people have started seeing it by linking it with Karan Johar.

Talking to the media in her recent interview, in response to a question, Kangana said that when she does not listen to her dad, then what will she listen to the Big Daddy of Bollywood. He said that he was not afraid since childhood. He left his home at an early age. People would think that after being successful in my career, I have become like this, then it is not right. I am like this since childhood. I have struggled a lot to reach this point. I have always chosen such cinema, which talks about women empowerment. I have always listened to my heart.

Challenging to work with Ekta Kapoor

Kangana said that she agreed to the lock up because she knew whenever she was working with Ekta Kapoor, there would be challenges. So when I got a chance to work for this show, I was not scared at all. Let us tell you that recently the trailer of the reality show Lock Up has been released. You can watch this show on MX Player and AltBalaji.

The 16 contestants in the lockup show will be locked up in a prison-like environment without any luxurious facilities. Along with this, contestants will be placed with such fellow contestants with whom they do not have a good relationship. Apart from this show, Kangana Ranaut is going to be seen in films like Tejas and Dhaakad. The actress is producing her debut production venture Tiku Weds Sheru. Along with this, Kangana also has ambitious projects like Emergency and Sita.

Previous 3 legends who should retire from PKL now
Next Vivo T1 5g Review In Hindi Price In India Specifications Camera Sample And More – Vivo T1 5g Review: How much power is there in this 5g phone of Rs 15,990?