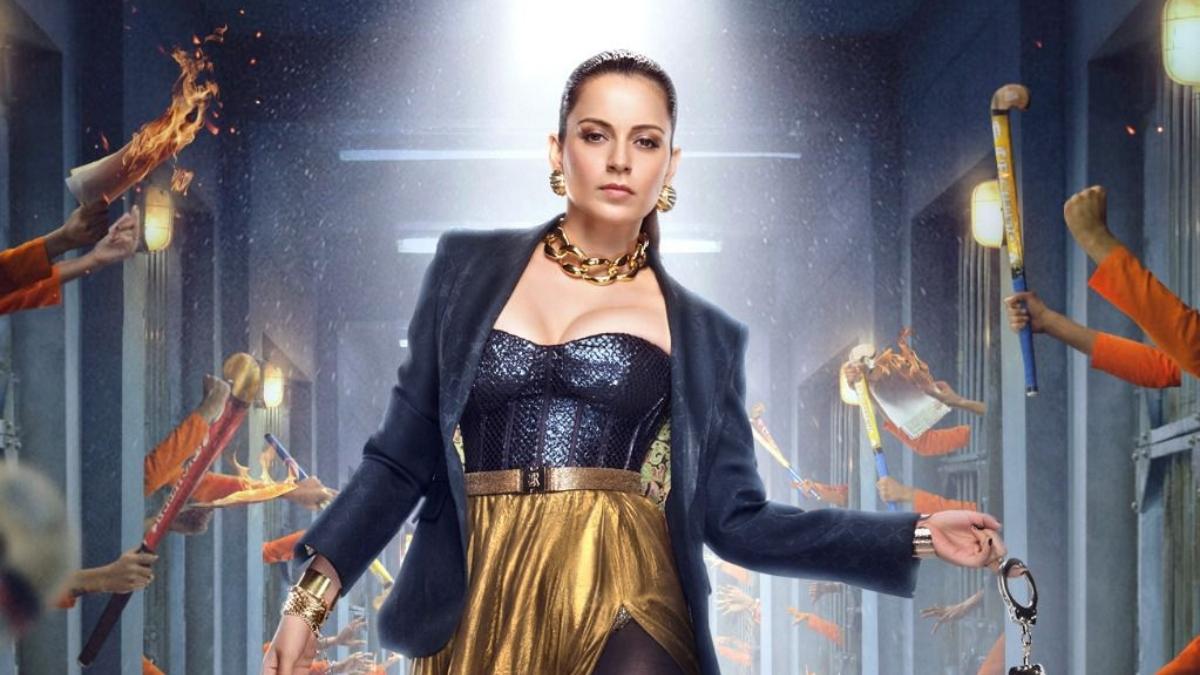 After the grand launch of India’s biggest and most fearless reality show, ‘Lock Up: Badass Jail Attyari Khel’ in Mumbai with great fanfare recently, streaming platforms ALTBalaji and MX Player have now brought together the most dramatic and thrilling The power-packed trailer of the reality show has been launched in New Delhi. The much awaited trailer was launched at PVR Plaza, Connaught Place in the presence of OTT disruptor and content queen Ekta Kapoor, Fearless host Kangana Ranaut, Karan Bedi, CEO MX Media and Zulfikar Khan, CEO ALTBalaji.

Different avatar of Kangana seen in the trailer

In the trailer of the show, stellar host Kangana Ranaut can be seen in a shimmery, glittery golden dress, holding a shiny yet sinister stick in her hands, indicating that she is all set to start the game. In this show, 16 controversial personalities will be kept in lock up for months and their facilities will be taken away. Far from meeting their high demands, the contestants will be jailed in the show with people they don’t even like to watch. To avoid eviction, celebrity contestants have no option but to reveal their dark secrets to the whole world, which will take the excitement level up a notch.

Kangana said this about the show

Bollywood queen Kangana Ranaut quipped, “The grand launch of the show had piqued everyone’s curiosity and the trailer is a testament to how bold, controversial and exciting it is going to be. I have to release the trailer in my country’s capital city.” Happy to do and I am equally thrilled and excited to enter the OTT space with such a unique and brilliant concept. I would like to thank my boss-lady Ekta for always being with me, And she has always been someone I admire and respect. Would like to say to all my fans get ready for the most fearless show ever.”

Content queen Ekta Kapoor shared, “Unlike other reality shows, ‘Lock Up’ is being launched in a big way and has all the elements that are enough to make it an entertaining reality show. The concept of the show is brilliant. The never seen before, glimpse of which you got to see in the trailer and I am sure it will captivate the audience and set a new standard for the reality show.”

Alt Balaji and MX Player will livestream the show 24×7 on their respective platforms and will take the audience directly to the contestants. Viewers will also get a chance to punish or reward their chosen contestants and play the role of ‘Khabri’ for some of them. Produced by Endemol Shine India, the show will premiere on ALTBalaji and MX Player from 27 February 2022.