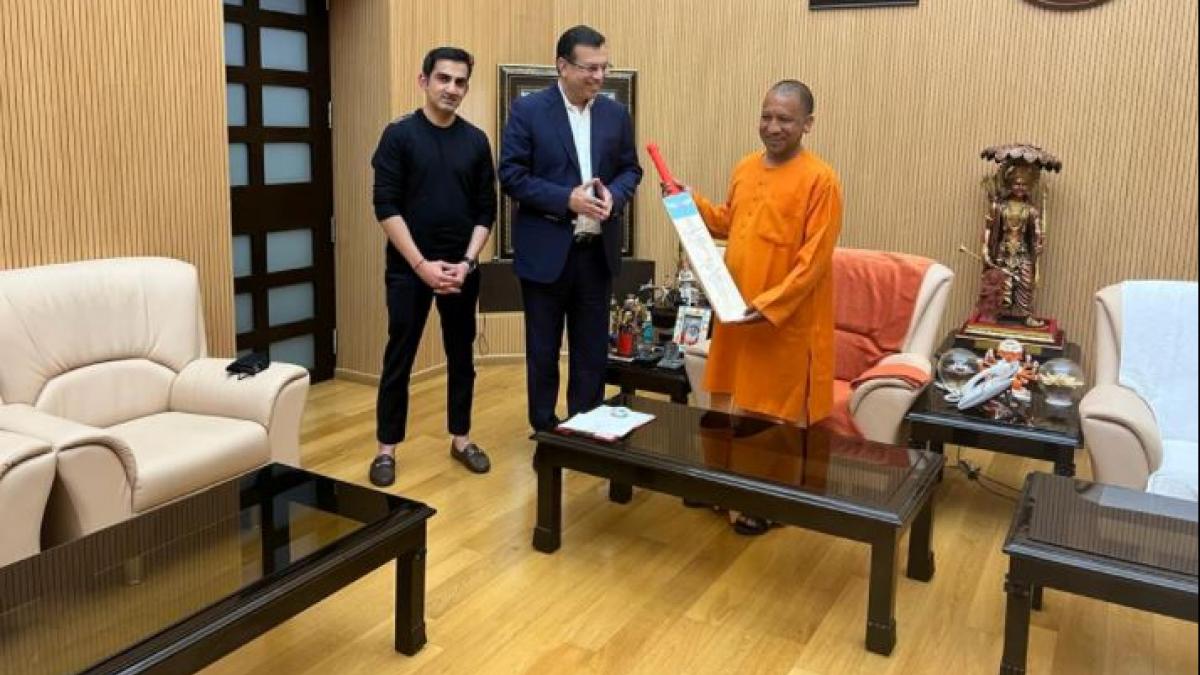 Lucknow Super Giants, the new team of the Indian Premier League, has given the first bat to Uttar Pradesh Chief Minister Yogi Adityanath as a gift from his team. On this occasion, Lucknow’s mentor Gautam Gambhir and owner Sanjeev Goenka met Chief Minister Yogi Adityanath in the capital and gifted him the first bat. For the first time, a city from Uttar Pradesh has got a chance to represent the Indian Premier League.