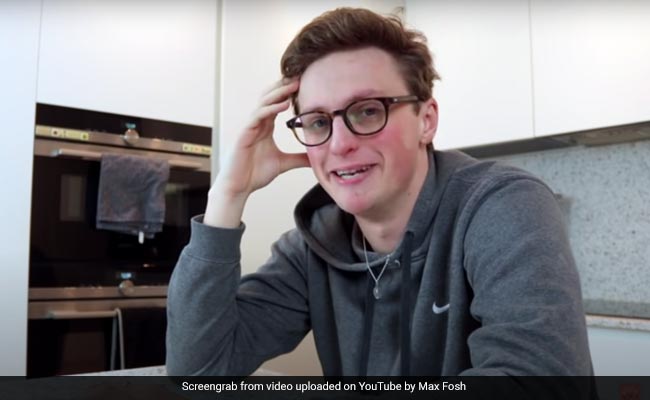 You must have seen Anil Kapoor’s film Nayak, in which he becomes the Prime Minister for a day. Something similar happened in real life with a YouTuber. Who became the richest person in the world for 7 minutes. In this case, he also left behind tech billionaire Elon Musk. But the YouTuber’s tenure at the top of the money table was short-lived for only 7 minutes. Max Fosch, who took advantage of market capitalization loopholes, also felt he needed to dissolve his company immediately as he was being accused of fraud. He has shared a video of how he did it and also why he had to close his company. On paper he claimed, he was the richest person in the world for 7 minutes.

It was shown in the video how he had formed a company. Fosh explained the process, saying, “In the UK, setting up a company is pretty easy. There’s something called a company house, and you essentially fill out a form,” but he wanted a name for the company, which must end with “LTD”. Hence, he jokingly named the venture ‘Unlimited Money Limited’.

Now, they had to decide what company would be to manufacture macaroni, noodles, couscous, and similar far-flung products. “I don’t know what away means, but that’s what the company does,” he said.

Next were the shares. He decides on 10 billion. Fosh said in the video, “If I created and registered a company with 10 billion shares, and then sold one of those shares for £50, that would legally value my company at £500 billion, thus Will make me the richest man in the world, completely outpacing my closest rival, Elon Musk.”

However, finding investors was not easy. The YouTuber opened his shop on a London street with two chairs and a table.

However, after initial setbacks, he found his first investor – a woman who bought a share for £50. He asks her, “Why would you want to invest in this company?” She replies, “In a jiffy, I think it had to happen, and I’ll eventually get something out of it.”

The video shows Fosh receiving a letter from the authorities. It reads, “Given the extent of the information provided to us, Unlimited Money Limited’s market cap is estimated at £500 billion. Due to the lack of revenue activity, there is a high likelihood that you will be charged with fraudulent activity.” It is for this reason that we highly recommend that Unlimited Money Limited be dissolved as an exigencies.”

Fosh did exactly that. But for 7 minutes the YouTuber claimed to be the richest man in the world.

This video has been viewed more than 7 lakh times. People had also made many comments on this. One user asked, “So when can we expect the release of “Unlimited Money(tm) Pasta”? Another user felt bad for a woman who invested £50. The user wrote, ‘You should at least He should be taken out to the shareholders dinner.

A third user felt that the woman could have asked for £51 to break up. In this way, she could “make a profit of 2 percent on her investment”. There was also a user who suggested wordplay in the name of the company. The user wrote, “Personally, I would have gone with ‘Money Un’, so the full name would be ‘Money Un, Limited’.”

Becoming the richest man in the world for 7 minutes, the entire episode also led to a discussion thread on Reddit. Till the time of writing this news, 87 percent users had upvoted it.

So, what do you think about the whole incident? Do let us know in the comment section below.