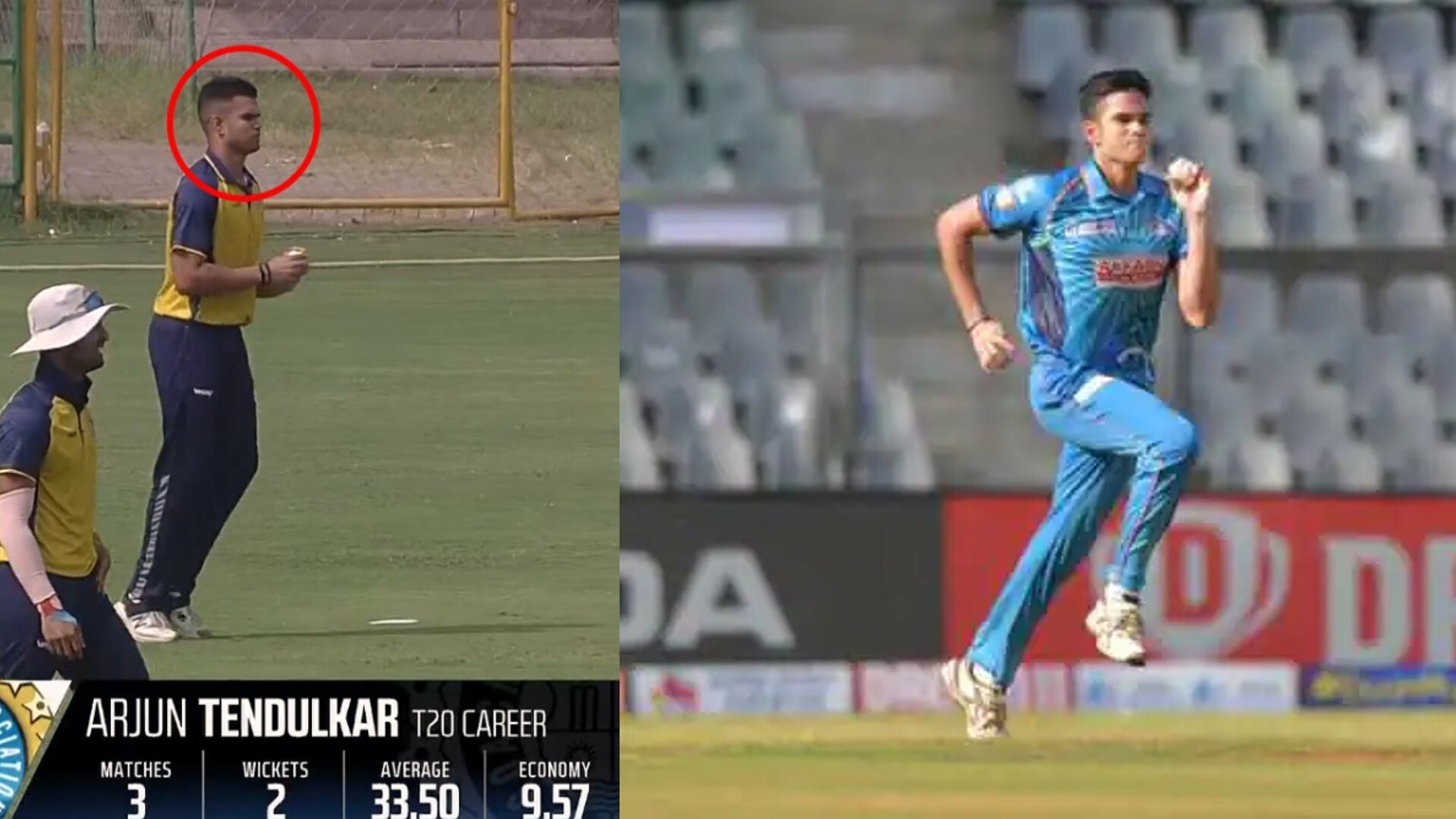 Goa bowlers thrashed Manipur batsmen in their round-2 match of Elite Group B of the Syed Mushtaq Ali Trophy 2022. In this match, Arjun Tendulkar, son of Goa bowler and former India cricketer Sachin Tendulkar, did not allow the Manipur batsmen to stay on the crease while bowling aggressively.

Batting first after winning the toss, Manipur scored 134 runs for the loss of 9 wickets, in which Arjun Tendulkar took two important wickets. At the same time, Goa’s team achieved the target of 135 runs in 17.2 overs with 7 wickets, although Arjun’s batting could not come.

Manipur batsmen could not stand in front of Arjun’s bowling

While bowling for Goa in the first match of the Syed Mushtaq Ali Trophy 2022, the son of Sachin Tendulkar, who is called the God of Cricket, is bowling aggressively while flaunting the Manipur batsmen.

Let us tell you that 4 wickets have fallen so far in Manipur, in which Arjun Tendulkar has taken 2 wickets alone. Let us tell you that in his first match of the Syed Mushtaq Ali Trophy 2022 against Tripura, he got the bowling but he could not take wickets in that match.

Arjun Tendulkar while bowling aggressively took 2 wickets giving 20 runs in 4 overs, during which his economy rate was 5.00. He made Karnajit Yumanam and Prafullomani Singh his victims with his bowling.

While Karnjit Yumanam scored 10 in front of Arjun Tendulkar’s fast ball, Prafullomani Singh could not even open the account and got bowled.

Not getting chance in Indian team

Talking about the cricket career of Arjun Tendulkar, he has not yet got a chance to debut for the national team, while in domestic cricket also he has been given a chance to play only 3 T20 matches.

At the same time, Mumbai Indians has been joining them in the IPL for the last two seasons but has not been given a chance to play a single match. Earlier, Arjun Tendulkar played his last match in the Second XI Championship of England where he could not manage to take a single wicket in the last match.

Previous 5 Best OnePlus mobile On Sale, Save more than ₹ 5000 on these OnePlus Mobiles, Check this list (October, 2022) – save more up to 5000 on these 5 best oneplus mobiles available on great indian festival sale
Next Kiara Advani came to the multiplex to watch the film, got angry, scolded the paparazzi on the camera itself